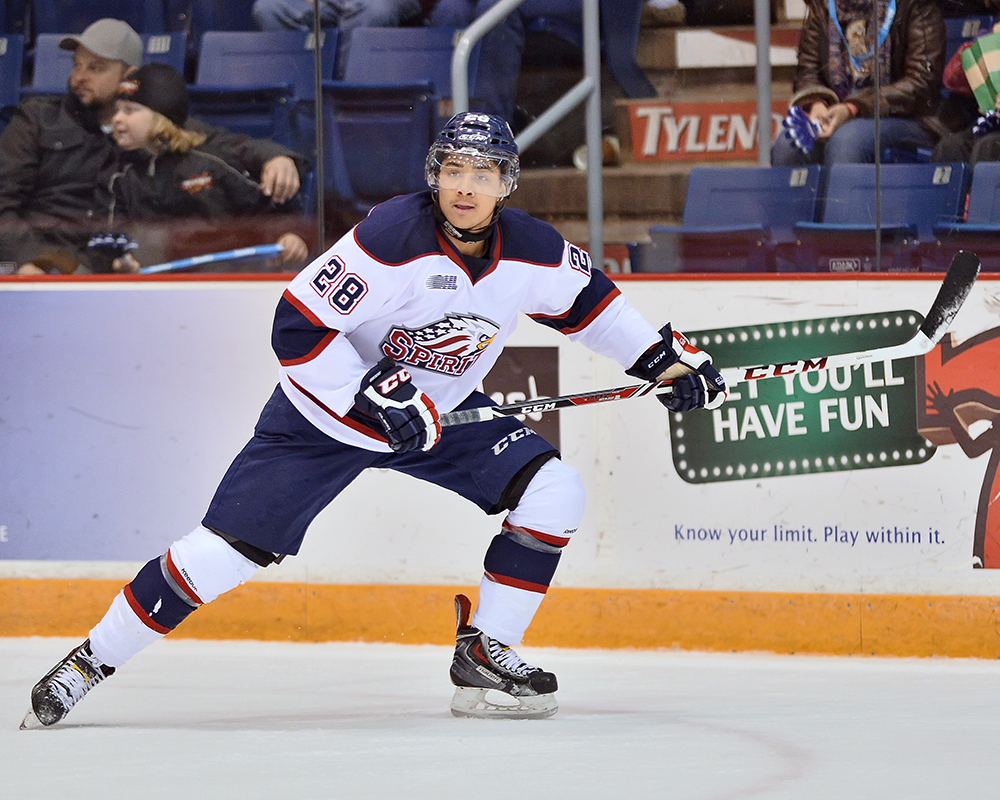 OTTAWA – The Ottawa 67’s have acquired 2012 first-rounder Jeremiah Addison from the Saginaw Spirit.

In exchange for Addison, the 67’s sent forward Connor Brown to Saginaw and the team’s selections of the third-round and fourth-round of the 2015 Ontario Hockey League Priority Selection.

“We’re getting a 17-year-old player who works hard and will fit in well with the direction of our team,” said 67’s general manager Pat Higgins. “Jerimiah is a first-round player who we believe will be a solid contributor to our club.”

The 67’s also traded 20-year-old forward Brett Gustavsen to the Belleville Bulls for a fourth-round pick of the 2016 OHL Priority Selection.

“Brett has given our organization four solid years and we’re very grateful for his contributions,” said Higgins of Gustavsen who scored 32 goals and 99 points in 189 regular-season games. “We wish Brett all the best in his future endevours.”