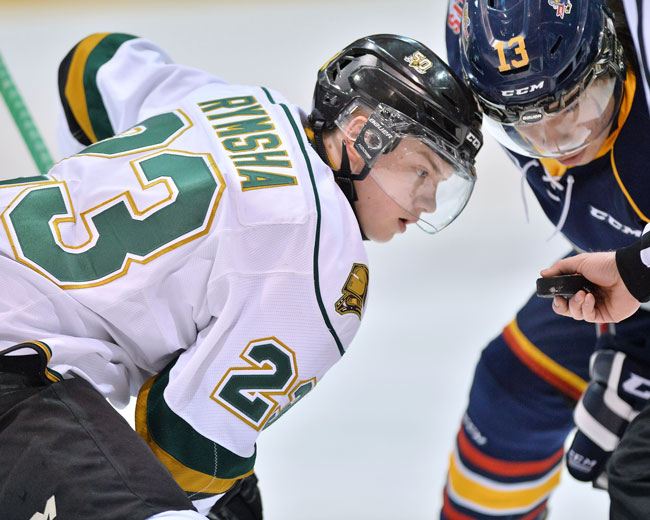 The Ottawa 67’s of the Ontario Hockey League have acquired 17-year-old centre Drake Rymsha from the London Knights in exchange for a draft pick.

Rymsha, a native of Huntingdon Woods, Michigan, scored five goals and had 12 points for the Knights in 62 games during his rookie 2014-15 OHL season.

He was a teammate of fellow 67’s forward Travis Barron with the Toronto Junior Canadians Triple-A minor midget elites in 2013-14.

In the trade, the Knights received a second-round pick in the 2018 Ontario Hockey League Priority Selection.

The 67’s are back in action at the Arena at TD Place on Friday, October 9 against the defending Memorial Cup champion Oshawa Generals. Face-off is at 7 p.m.

Minor hockey players in the Ottawa-Gatineau region can get free tickets to any 67’s regular-season home game through the 67’s Prospects program. Visit the 67s Prospects website for details, or call 613-232-6767, ext. 1.