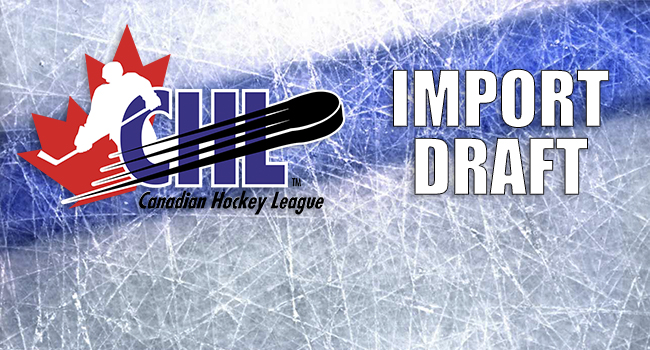 The native of Minsk, Belarus is a 6-foot-9, 231-lb. left-hand shot who played in the Russian junior hockey league this past season.

“We got our guy,” said 67’s head coach and general manager Jeff Brown, who picked 42nd overall in today’s draft.

“Stepan will give us a solid veteran presence on “D” which is extremely important considering we graduated some good defencemen, including Alex Lintuniemi this off-season.”

The 67’s passed on their other CHL Import Draft opportunity, opting instead to use the import roster spot to bring back forward Artur Tyanulin, a skilled winger who spent the first month of last season in Ottawa before returning to his native Russia to complete the year.

“Artur was a point-a-game player in the Russian junior league last season and he is determined to carry-over that momentum to the OHL and the 67’s this coming season.  We’re looking forward to seeing him at training camp in September.”

The 67’s also made a roster move for the future today, trading defenseman Zack Pittman to the Flint Firebirds for a fifth-round selection in the 2016 OHL Priority Selection Draft.  “We thank Zack for his service and wish him well in Flint,” said Brown.

The 67’s open training camp September 1 at TD Place. The regular season opener is on the road in Peterborough September 24 and the team’s home opener against the Barrie Colts will be September 27.