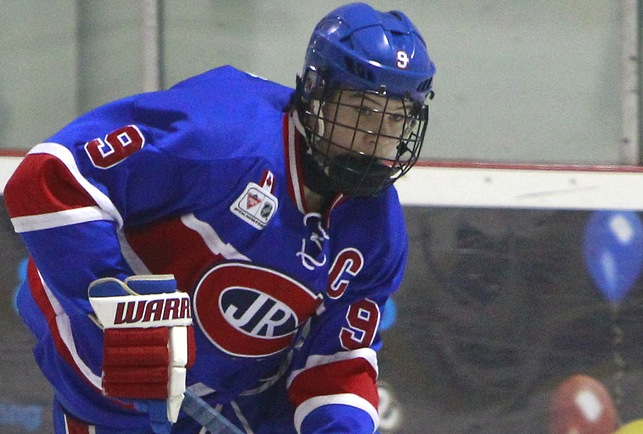 OTTAWA – The Ottawa 67’s of the Ontario Hockey League built for the future on Saturday during the 2014 OHL Priority Selection.

With the third overall selection, the 67’s picked left winger Travis Barron from the Toronto Junior Canadians Midget AAA team. The 15-year-old (turns 16 in August) Barron, a native of Belfountain, ON served as captain of the Junior Canadians last season, scoring 23 goals and 41 points in 30 games. He is known for having a physical style, being a great forechecker and scoring important goals at key moments.

Last year, the 67’s selected forward Travis Konecny first overall in the 2013 OHL Priority Selection. Konecny led the 67’s in scoring with 70 points during his rookie season and was named on Thursday as the league’s recipient of the Emms Family Award as Rookie of the Year.

In the second round, the 67’s looked to Russia via Waterloo to select a goaltender; Leo Lazarev.

The 67’s had two picks in the third round, selecting defenceman and Nepean native William Brown of the Ottawa Senators Triple-A Midget squad, and goaltender Olivier Lafrenière, from Bradford, ON, of York-Simcoe Express Triple-A Midget.

Complete results of the OHL Priority Selection are available on the OHL website.

The 67’s will return to Lansdowne at the new TD Place for the historic 2014-15 OHL season.