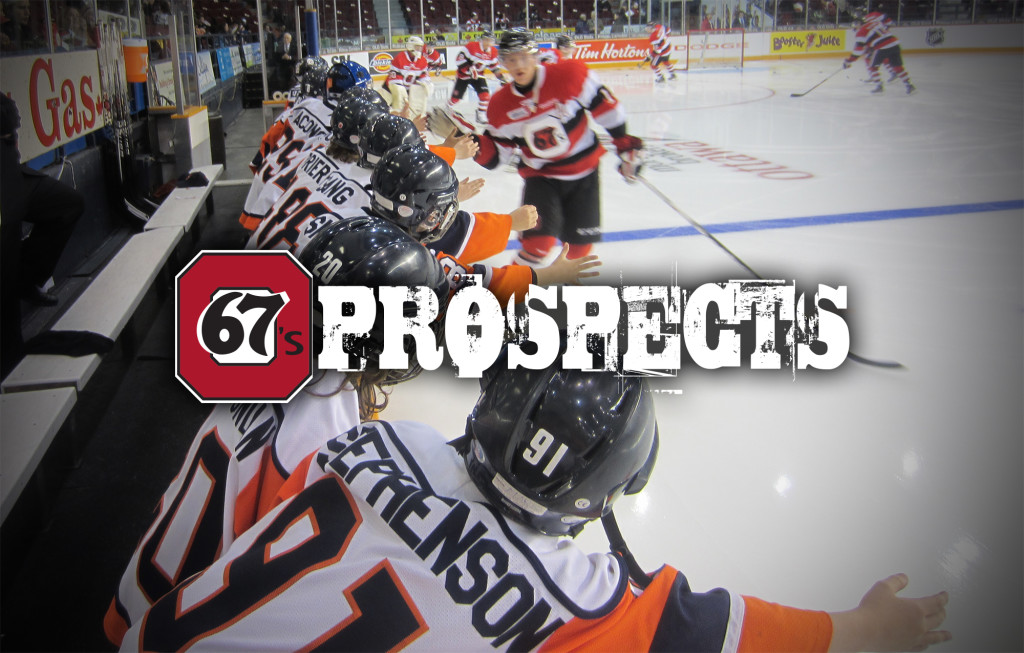 The 67’s today announced that all registered minor hockey players in Ottawa/Gatineau 16 years of age and younger will be able to attend all Ottawa 67’s 2015-16 regular season home games at TD Place for free. The initiative is called “67’s Prospects,” recognizing that all minor hockey players could evolve into prospects for the team with enough practice, determination and hard work.

“There’s nothing better than a loud crowd to provide an energy boost to the home team,” said Jeff Brown, head coach and GM of the 67’s. “I know all the players are looking forward to seeing and hearing thousands of young 67’s Prospects at TD Place this season and we’ll play our hearts out for them every game.”

Inspired by Ottawa Fury FC’s successful “Fury Fanatics” program, which gives all registered minor soccer players in the region an opportunity to see Fury FC home games for free, the 67’s Prospects initiative gives minor hockey teams, players and their families a chance to contribute to the vibrant atmosphere at TD Place and pick-up a few tips from this year’s highly-skilled edition of one of Canada’s most storied major junior hockey franchises.

“This is a great initiative by the 67’s,” said Denis Dumais, President of Hockey Eastern Ontario Minor, the parent organization for all HEO Minor hockey districts in the Ottawa region. “It gives our teams an opportunity to have an inexpensive outing together with their skates off and see the highest calibre of junior hockey in the world. It’s also a chance for our HEO Minor players to strengthen their love for the game in a big time hockey environment.”

To join 67’s Prospects, registered minor hockey players 16 years of age and under simply visit www.67sprospects.com, fill out the form and they’ll receive an email telling them how to get their tickets for any and all 67’s 2015-16 regular season games.