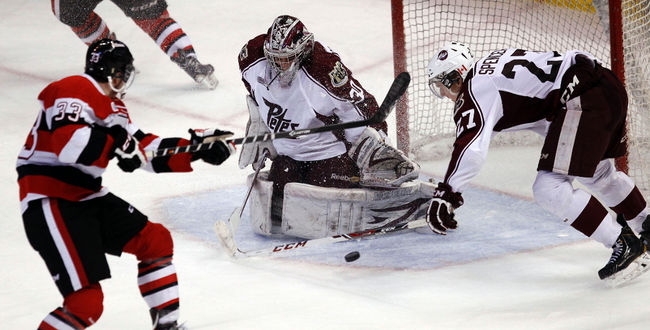 OTTAWA – Goals by Josh MacDonald and Nelson Armstrong just 19 seconds apart midway through the third lifted the Peterborough Petes to a 4-3 win over the Ottawa 67’s at Canadian Tire Centre on Tuesday night.

After erasing a 2-0 deficit on goals by Sam Studnicka and Connor Brown, the 67’s were pressing to take the lead, but the Petes took control on the goals by MacDonald and Armstrong while the teams played four skaters aside.

Alex Lintuniemi scored later in the third to get the 67’s within a goal, but it’s as close as Ottawa would get.

The 67’s (17-29-1-3) remain three points behind the Niagara IceDogs for the eighth and final playoff spot in the Ontario Hockey League Eastern Conference.

Ottawa is back on the ice Friday night at Canadian Tire Centre against the Sarnia Sting. Faceoff is 7:30 p.m.