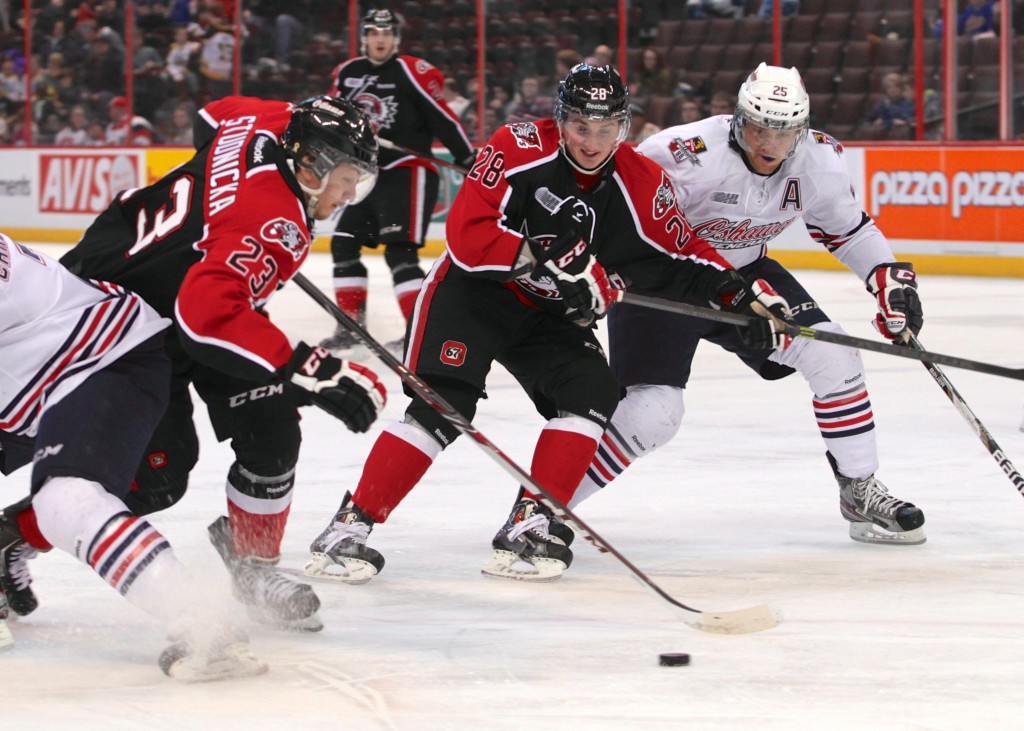 At Oshawa, Scott Laughton had three goals and an assist and Bradley Latour scored once and had a four-point night as the Oshawa Generals blanked the Ottawa 67’s 6-0 in Ontario Hockey League action.

Josh Sterk and Dylan Smoskowitz also scored for the Generals while goalie Ken Appleby made 20 stops for the shutout.

Phillippe Trudeau faced 59 shots in net for the 67’s who remain in eighth place in the OHL Eastern Conference standings and in the final playoff position.

The 67’s will hold a Canadian Automobile Association Community Skatetoday from 11 a.m. to 1 p.m. at the Carleton Place Arena to meet fans and sign autographs.

Ottawa plays its next home game Monday at Canadian Tire Centre against the Owen Sound Attack. Faceoff is at 2 p.m. in the Meet the REDBLACKS games that will include the introduction of the Canadian Football League team’s mascot and appearances by several players, including newly-signed quarterback Henry Burris.

More News
A Note From GM James Boyd
22 hours ago