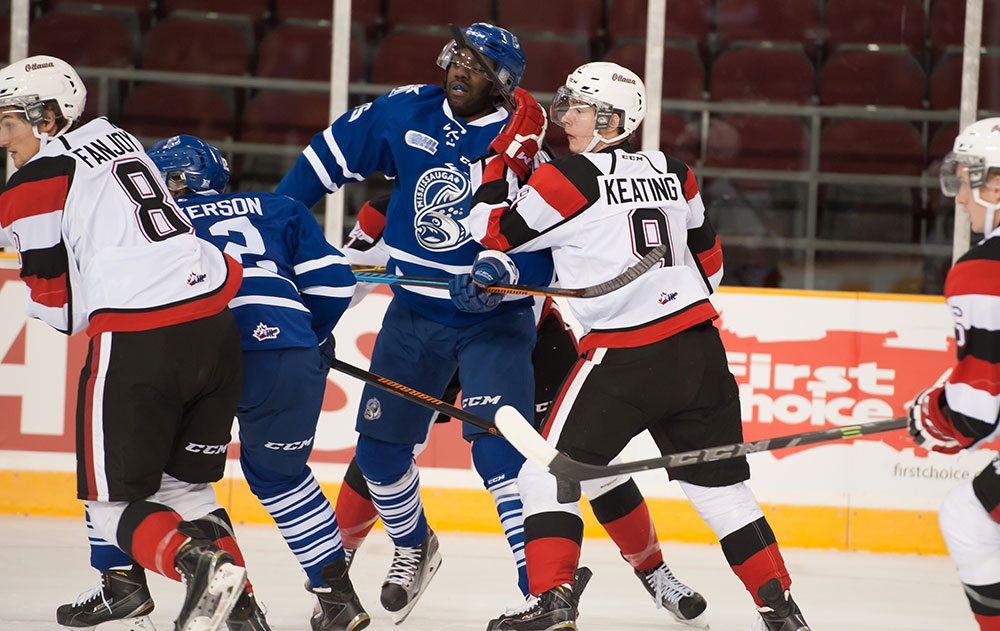 The 67’s dominated the Mississauga Steelheads in several aspects of Saturday’s game at TD Place, but unfortunately not on the scoreboard in a 3-2 shootout loss in Ontario Hockey League action.

Ottawa led 2-1 late in the game and were poised to win a second straight match, but allowed a shorthanded breakaway goal to Mississauga’s Michael McLeod with under five minutes remaining.

After a spirited three-on-three overtime, the teams settled matters in a shootout, with Alexander Nylander, the OHL’s top scoring rookie, getting the only goal to give the Steelheads the victory and the extra point.

Once again, Mississauga goalie Jack Flinn had a strong game against Ottawa. The OHL’s leader in shutouts with six (two against the 67’s), Flinn turned away 39 Ottawa shots for his 21st victory of the season.

Connor Graham and Artur Tyanulin scored for the 67’s.

The 67’s continue a busy weekend on Sunday, travelling to North Bay to face the Battalion for an afternoon contest, the third game for Ottawa in as many days.

Ottawa is back at home at TD Place on Friday, January 15 against the Niagara IceDogs for a 7 p.m. face-off.

(at Arena at TD Place)