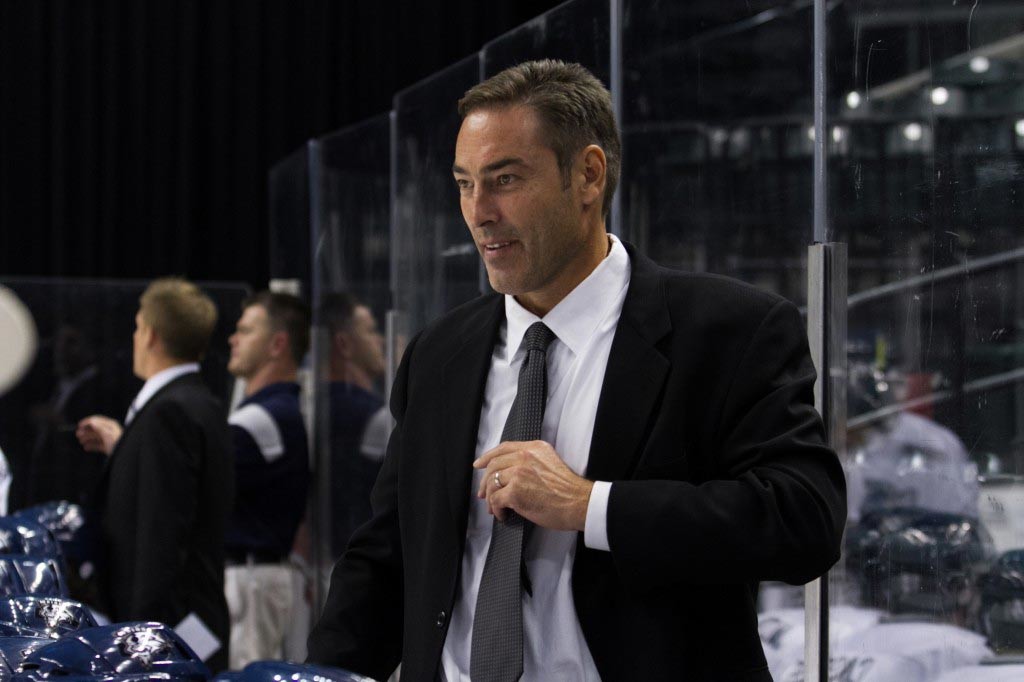 Ottawa:  The Ottawa 67’s of the Ontario Hockey League (OHL) today announced that Jeff Brown, a former NHL defenseman and Head Coach and General Manager of the USHL’s Indiana Ice, has been hired as Head Coach.  Brown, an Ottawa native, will immediately commence planning for training camp and the team’s return to Lansdowne for a new era of 67’s hockey at TD Place.

“Jeff Brown has a tremendous understanding of the game and a great ability to communicate expectations and get results from young players,” said Pat Higgins, the 67’s General Manager.  “Those are key elements in the skill-set we’ve been looking for and beyond that, Jeff’s experience in the NHL and knowledge of how to excel at that high-level are important lessons that he can help our players learn.”

Prior to his coaching days, Brown’s professional hockey resume spanned 13 NHL seasons and included stints with Quebec, St. Louis, Vancouver, Hartford, Carolina, Toronto and Washington.  At the culmination of his playing career, Brown amassed 747 games with 585 points (154 goals, 431 assists) and 498 penalty minutes.  During his peak seasons with Quebec and St. Louis, he led all team defensemen in scoring on six different occasions.

“To join my hometown OHL team and provide my family with the opportunity to live in the great city of Ottawa is a dream come true,” said Brown.  “The 67’s have a storied past and a bright future at the new TD Place at Lansdowne and I can hardly wait for the start of training camp.”

As a coach, Brown, in his first full season behind the bench in Indiana, led the Ice to a first place finish in their division last season and a Clark Cup Championship, the top prize in the USHL.  He joined the Ice midway through the previous season after a successful junior hockey coaching career with the St. Louis Bandits of the North American Hockey League.  During his four-year tenure in St. Louis, the Bandits established themselves as one of the elite Tier II junior hockey programs in the USA, earning three berths in the Robertson Cup Finals and one Tier II National Championship.

Before joining the professional ranks, Brown played four years with the OHL’s Sudbury Wolves, leading team defensemen in scoring during all four campaigns which earned him a 2’nd round draft selection by the Quebec Nordics.

Brown, his wife Laina and their three children will move to Ottawa this summer.