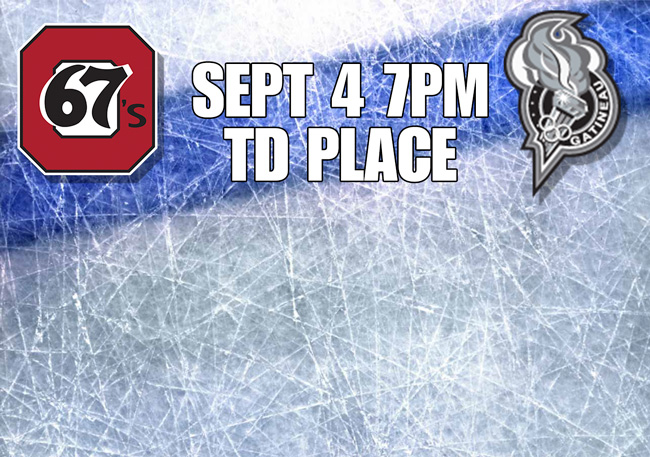 The Ottawa 67’s play their first pre-season game of the year at 7 p.m. tonight at TD Place.

The Gatineau Olympiques will provide the opposition, in what should be an exciting inter-league matchup. Whenever these two teams face-off, their cross-river rivalry is always on display.

Both teams still have cuts to make before officially finalizing their rosters. This will give players on either bench extra incentive to leave it all out on the ice, as they attempt to stick with their respective club.

Tickets for tonight’s game are available at capitaltickets.ca, by calling 613-599-FANS (3267), or pick them up at the TD Place box office (located near Gate 3, on the norteast side of TD Place).

With the Ottawa 67’s back on the ice, Lansdowne has been transformed into Hockey City and TD Place is its City Hall!