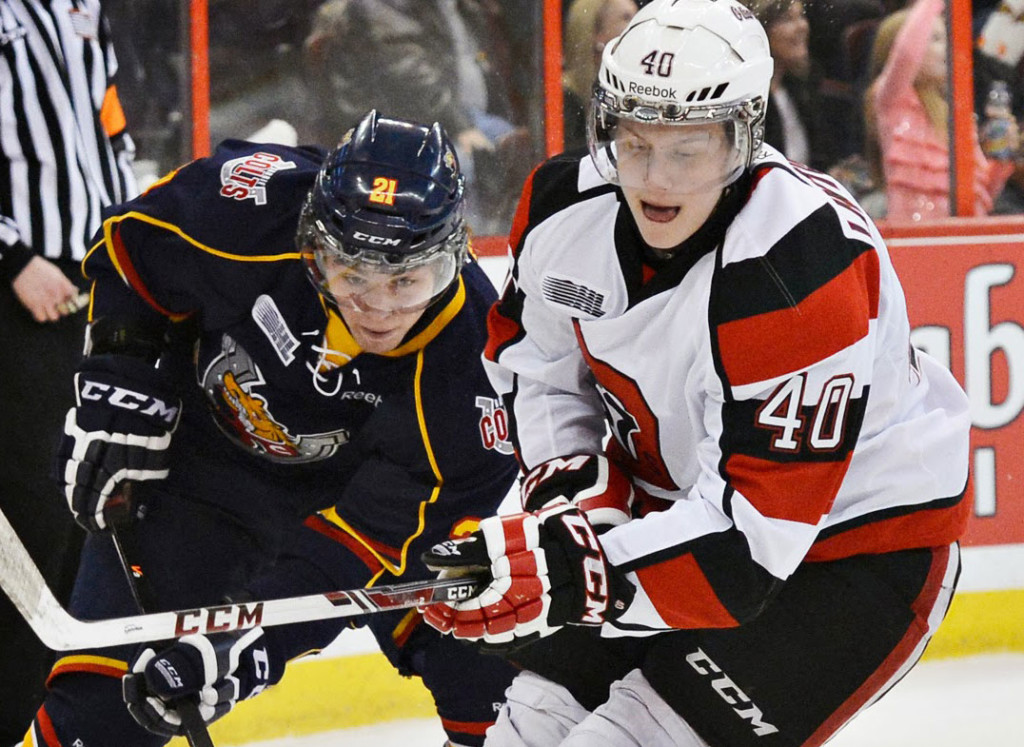 The Ottawa 67’s, who dropped a 7-1 decision Saturday night to the Colts in Barrie, are one of those teams vying for that place in the post-season, along with the Mississauga Steelheads, Niagara IceDogs and Belleville Bulls.

The 67’s are tied for eighth place with Niagara and both teams sit two points back of Mississauga. Belleville is also lurking only four points back of Ottawa and Niagara. With the top eight teams in the conference getting a pass into the playoffs, every game for each team – and each has seven left – is critical.

The 67’s are in Owen Sound on Sunday afternoon and will attempt to rebound from last night’s effort in Barrie.

Herbst lost a skate blade late in the third at the same time a penalty shot was called against Ottawa. Trudeau returned to the net, only to allow a goal on the penalty shot by Barrie’s Justin Scott.

Andreas Athanasiou had a hat trick for the Colts, while Nick Pastorious, Tyson Fawcett and Matthew Kreis also scored for Barrie.

Following Sunday’s game in Owen Sound, the 67’s return to Ottawa and play at home on Tuesday at Canadian Tire Centre for a key match against Mississauga. Faceoff is at 7 p.m.