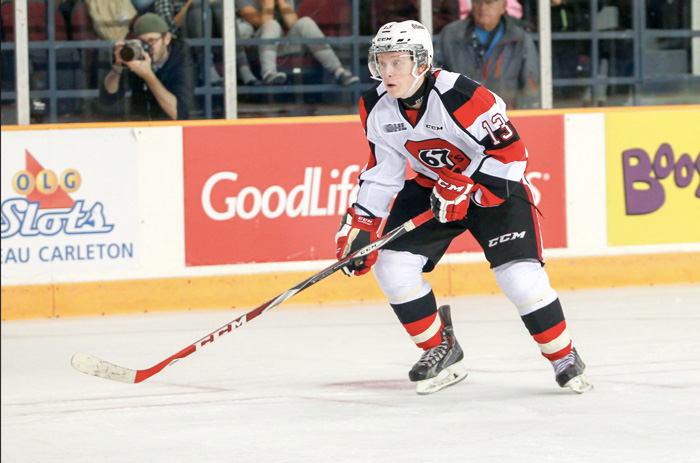 With training camp done, the Ottawa 67’s had a chance for some pre-season competition on Friday at TD Place against the Gatineau Olympiques.

As it turned out, the show was taken over by a couple of Russians.

Yakov Trenin and Vitali Abramov, both from the city of Chelyabinsk, figured prominently during a 5-2 decision for Gatineau.

Trenin scored twice and added an assist, while Abramov had three assists.

Rookie Olivier Lafrenière went the distance in goal for Ottawa, making 29 saves on 32 shots. Bo Taylor played the first two periods for Gatineau in net and made 16 saves and stopped a penalty shot against Travis Konecny in the second period.

The next pre-season game for Ottawa is Thursday, September 17 at TD Place against the Kingston Frontenacs.