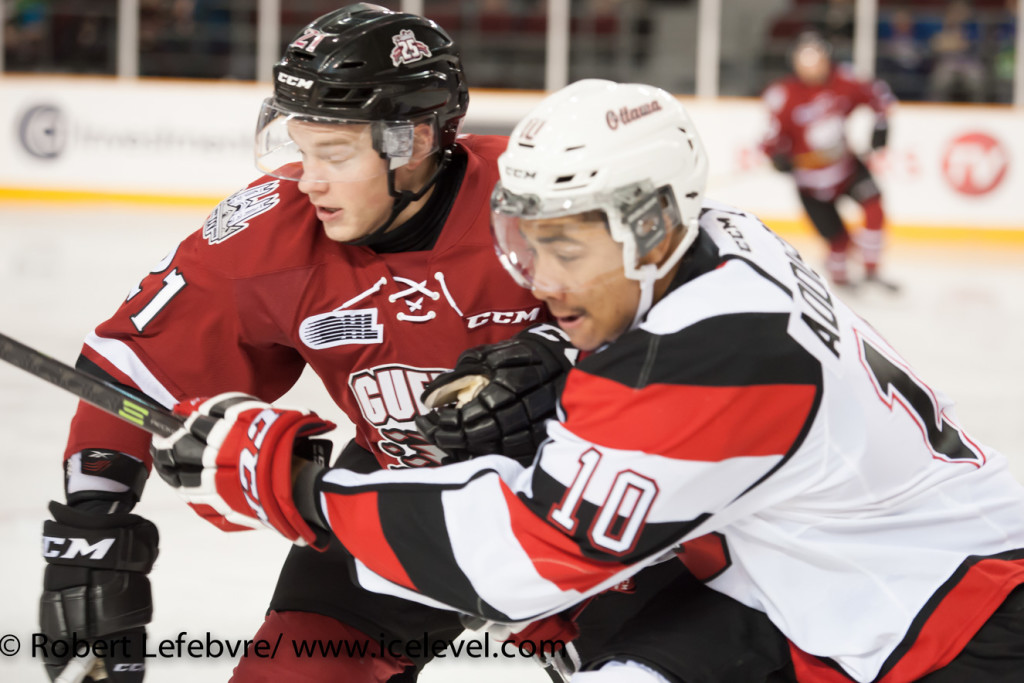 Playoff hockey will return to the Arena at TD Place for another year following the 67’s 6-2 victory Friday night in Guelph. Fittingly, this feat was accomplished by a true team effort from the Barber Poles that saw 10 players collect at least one point moving Ottawa into the fourth seed in the OHL’s Eastern Conference standings.

Coming off a 6-2 loss in Barrie on Thursday, the 67’s found themselves trailing after the opening 65 seconds, but Dante Salituro pulled Ottawa level four minutes later with his team-leading 33rd goal of the season and the 67’s never looked back.

Ottawa broke open the game early in the second starting with Artur Tyanulin’s 12th of the season less than two minutes in. Just over three minutes later Nathan Todd notched his 14th of the campaign putting the 67’s up 3-1. A Brock Philip’s powerplay goal looked to have pulled the Storm back into the game, but Adam Craievich’s third goal of the season restored the two-goal advantage.

In the third, Jeremiah Addison’s 26th of the season and a second goal from Craievich proved more than enough offensive for goaltender Leo Lazarev who collected his 23rd win of the season. With three assists on the night, captain Jake Middleton equaled a career-best for points in a season.

The 67’s will continue their battle to claim home ice advantage in the first round of the OHL playoffs Sunday afternoon in Hamilton in the fourth game of this five-game road trip.