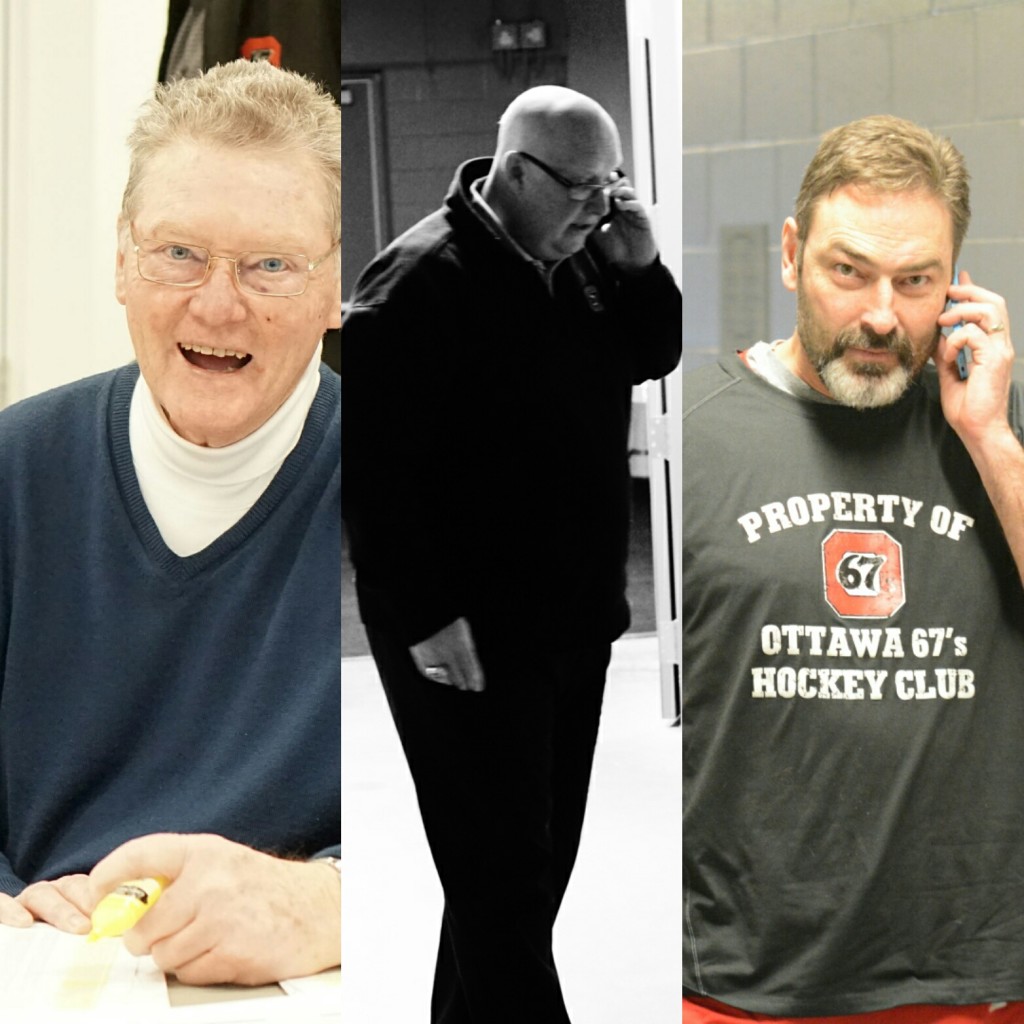 The Ottawa 67’s welcomed the next generation of major junior hockey talent on Saturday during the Ontario Hockey League’s Priority Selection Draft.

With their first pick, 11th overall and the first of 15 the club had in this year’s draft, the 67’s selected defenceman Peter Stratis from the Mississauga Rebels. The 16-year-old right-shot defenceman breaks the club’s recent trend of drafting forwards in the first round after Austen Keating (2015), Travis Barron (14) and Travis Konecny (2013).

With key holes to fill on the back end in the 2016-2017 season, head coach and general manager Jeff Brown and his staff felt it was important to add a blueliner early.

“We got our guy,” Brown said of Stratis, who had 20 goals and 29 assists for 49 points in 70 games with the Rebels last season. “To get a right-shot guy that can play for four years, we’re really excited. He’s an all-around player, he’s smart, he’s mobile and most of all he’s a great teammate. Everyone we talked to had glowing reports about his character.”

Stratis was watching the draft at home with his family when Ottawa made him the newest member of the club.

“I’m very excited to join a team with such great history, great coaches and great players,” said Stratis, who describes himself as a two-way defenceman. “I’m good in the defensive zone but I also like to jump into the play and chip in a bit offensively.”

The 67’s continued to strengthen the back end  in the second round as the Barber Poles selected defencemen Carter Robertson from the York Simcoe Express (30th overall) and Kevin Bahl from the Toronto Marlboro (31st overall).

“I’m feeling unbelievable, it is almost like a dream. It’s an honour to be selected by Ottawa,” said Robertson, an offensive defenceman who said he knows how to pick his spots. “I like to win all my battles in my own end then if I see an opportunity to jump into the play, I make sure I get up there and make something happen.”

Brown said the club contemplated drafting a forward somewhere in the first three rounds but didn’t hesitate when he saw Robertson and Balh still on the board to add to the team’s defensive corp.

“You can’t win without good defense and we feel like these are guys who can really help us long-term. Good kids, great teammates, smart, mobile. We’re really happy to get them.”

Other notable selections on draft day were a pair of local products in Samuel Bitten and Ethan Manderville and another great bloodline in Trevor Peca, son of longtime NHLer and former 67’s star Michael Peca. The elder Peca had 240 points in 137 regular season games for the Barber Poles in the early 1990s.

Brown was happy with the results of his first draft as GM, though he was quick to send most of the praise towards head scout and former GM Pat Higgins, whom Brown leans on as he balances his coaching and general manager duties.

“I’m ecstatic, Higgy hit it out of the park again and I couldn’t be any happier with our selections,” Brown said after the final pick was made, while also crediting the entire team staff, including legendary former coach/GM Brian Kilrea, for what they bring to the draft table. “It’s incredible to have that support staff. This is Higgy’s show in here and there’s no one else I would trust anywhere near as much as that guy.”