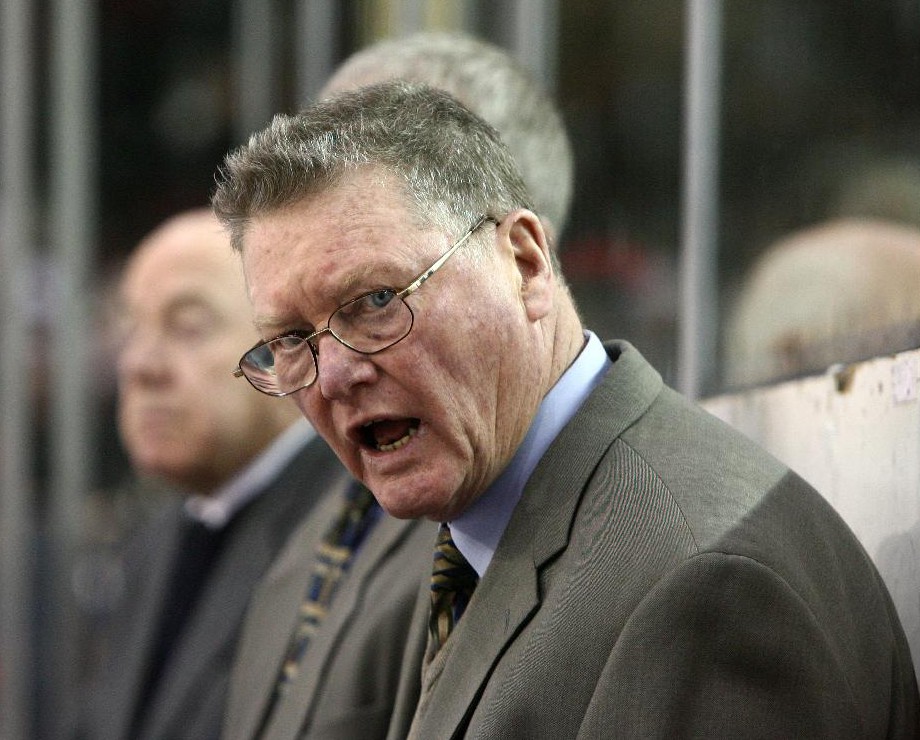 OTTAWA – The Ottawa 67’s today announced that Brian Kilrea, the CHL’s all-time winningest coach, will be signed to a one-game contract to coach the 67’s next Friday night when the team hosts the Mississauga Steelheads at TD Place.

The signing of Kilrea will give fans of all ages a chance to see the Hockey Hall of Famer in action and celebrate his 80th birthday at his kind of party.

“It’s going to be an honour to stand with “Killer” behind the bench,” said 67’s coach Jeff Brown, who will work with Kilrea during the game.  “He is a coaching legend and I think it’s a tremendous gesture on the part of the 67’s to give fans a chance to wish him a happy birthday doing what he loves best.  Hopefully some of the Killer karma will rub off on us.”

“When I purchased the 67’s in 1998, one of the conditions of sale was that Brian Kilrea had to stay on as coach,” said 67’s Governor, Jeff Hunt, President of OSEG Sports.  “He is a great coach and a great guy and I’m delighted that we’re able to do this for Brian and for 67’s fans.  It’s going to be a great birthday party.”

Tickets for Killer’s birthday bash behind the bench are available online at the team website or calling 613.232.6767.  Advance paid parking is also available.