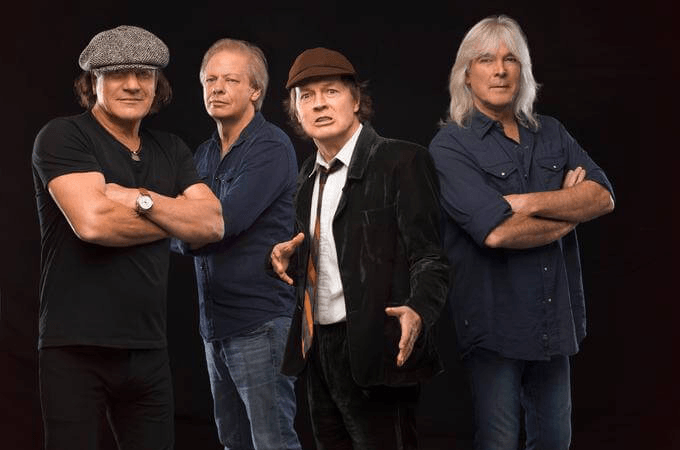 The Thunder from Down Under roll into Ottawa on Thursday, September 3 to rock the socks off TD Place as part of their Rock or Bust World Tour.

This is AC/DC’s largest tour since 2010 and has seen them headline California’s own Coachella Music Festival. They kicked off the tour on live television, with an appearance at the 57th Annual GRAMMY Awards show.

During their last tour, the band played to over five million fans in 108 cities in 28 countries.

Famous for songs like Highway To Hell, Thunderstruck, and You Shook Me, the Australian rockers are known for delivering an explosive experience and a once-in-a-lifetime rock show.

Rock or Bust, the band’s latest album, debuted atop the charts in Canada and nine other countries around the globe.

The album’s first two singles, Play Ball and Rock or Bust, havebecome major radio hits and were selected to be the soundtrack of Major League Baseball and Beats Electronics in current ad campaigns.

The stadium at TD Place will undergo its largest transformation to host these rock n’ roll icons, as 54 tractor trailers full of gear will converge on the field directly after the REDBLACKS game on August 30. It will be the largest concert in the region since the Rolling Stones rocked Lansdowne in 2005.

The atmosphere will be electrifying! And you couldn’t have asked for a better first stadium concert for TD Place. The almost 30,000 in attendance will remember this night always.

There are many transportation options to get to the AC/DC Concert at TD Place!

Your AC/DC ticket allows you to ride any OC Transpo or STO bus for FREE starting 3 hours before the show and continuing for 3 hours after it ends.

If you are visiting Ottawa we suggest you take advantage of the free Park & Shuttle service form City Hall or Canada Post locations.

Cycling and walking are also easy ways to get to TD Place. Use the scenic, multi-use pathways along the Rideau Canal and when you arrive at TD Place you can take advantage of the free Valet Bike Parking service located east of the Aberdeen Pavilion.