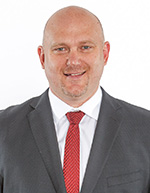 Accompanied by an impressive Junior Hockey coaching pedigree, André Tourigny joined the Ottawa 67’s as Head Coach and Vice President of Hockey Operations prior to the franchise’s 50th anniversary 2017/2018 season. The Nicolet, Quebec native, who had spent the entirety of his Major Junior coaching career in the QMJHL, joined the Barber Poles boasting a remarkable junior hockey résumé that began in 1998 as Assistant Coach for the Shawinigan Cataractes.

Following a pair of seasons in Shawinigan, Tourigny joined the Rouyn-Noranda Huskies in 2002, where he spent more than a decade as both Head Coach and General Manager. In his 11 years with Rouyn-Noranda, Tourigny qualified for the playoffs in all but 1 season, amassing a record of 337-336-20 over 693 regular season games and setting a QMJHL record for most games coached with one franchise. In 2005/2006, Tourigny was the recipient of the QMJHL Ron Lapointe Coach of the Year Award, and in 2007/2008 he coached the Huskies to a league-best 47-20-2-1 record. Tourigny’s coaching pedigree extends to the international level as well, where on 2 different occasions he helped represent Canada as an Assistant Coach for the 2010 and 2011 World Junior Hockey Championships, winning silver on both occasions.

Not lost among his junior hockey accolades, Tourigny’s wealth of coaching experience brought him to the National Hockey League as well, where he spent the 2013/2014 and 2014/2015 seasons as the Defensive Coach for the Colorado Avalanche. Following his tenure in Colorado, Tourigny then found himself north of the border once again, this time as Assistant Coach for the Ottawa Senators under then Head Coach Dave Cameron. Most recently, Tourigny spent the 2016-2017 season as Head Coach of the QMJHL Halifax Mooseheads.

Tourigny joins the Ottawa 67’s as the 9th Head Coach in franchise history.