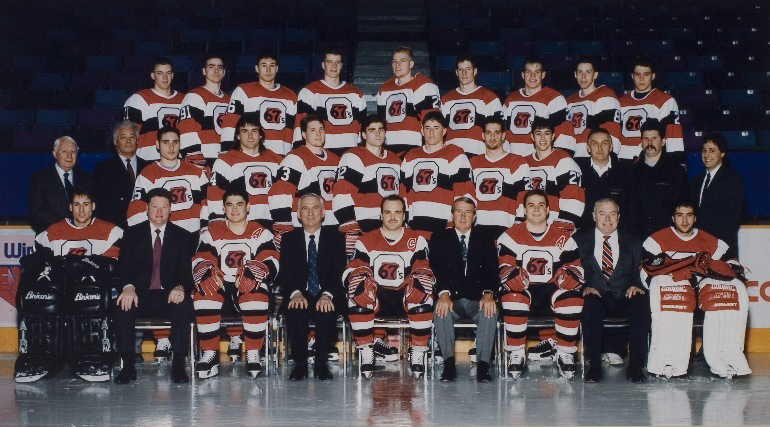 The 67’s entered their third decade as a hockey franchise coming off of its most dominant era ever. Ottawa carried its winning ways into the beginning of the third decade finishing second in their division. The Barber Poles made it to the Division Finals, but unfortunately were swept by Peterborough.

The following season (1988-89) the team played well and finished middle of the pack, but were eliminated from the second round of the playoffs. This year held a different significance however, as it was the first year since 1968 that an Ottawa 67’s player was not selected in the NHL Entry Draft.

The 1989-90 season was similar to the one previous, as the 67’s once again finished middle of the pack and were unfortunately bounced in the first round of the playoffs. The Barber Poles rebounded in the NHL draft though, with five players being selected.

The most noteworthy selected in this draft was Chris Simon who was taken in the second round (25th overall) by the Philadelphia Flyers. Simon would go on to play 782 games, score 305 points and collected over 1800 penalty minutes.

During the 1990-91 season, Kris Draper was sent down to the Ottawa 67’s from the Winnipeg Jets. Normally, a player being sent down to juniors to develop further is standard, however with Draper it was different.

Prior to suiting up for a single game of OHL action Draper had already played in both the AHL and NHL, a rare feat. The 67’s would have the services of Draper for only 39 games before he was called back by Winnipeg.  The gritty centre would go on to be traded by the Jets to the Red Wings for only $1. With Detroit, Kris would play over 1000 games and win four Stanley Cups.

That same season another famous player in 67’s history would make his OHL debut but not in red, white, and black. This player suited up for the Sudbury Wolves and played with the club for over a season before he was traded to the 67’s.

It was during the 1991-92 when the 67’s acquired none other than Michael Peca in a trade that saw the centerman come over to the Barber Poles. With Ottawa, Peca flourished as an offensive threat surpassing 100 points in both full seasons he played with the club.

Peca was selected in the second round, 40th overall in 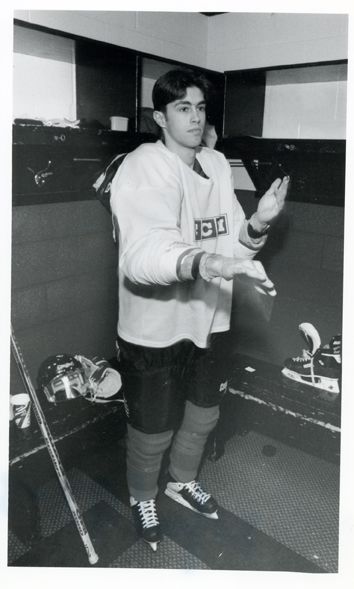 Peca however would end up being the most well-known Ottawa player from that draft having a lengthy career of more than 850 games and amassing a total of 465 points. Grant Marshall also had himself a nice NHL career playing in 700 games and scoring 239 points.

The following three seasons were an absolute rollercoaster for 67’s fans. The team finished bottom of the division in ’93, but then rebounded in ’94 finishing second in their division and going on a deep playoff run.

The team finished off the three-year stretch on the decline, finishing last in their division once again. Over this three-year span the team also featured future NHL talent including Shean Donovan, ’93 second round pick who went on to play over 950 games and Alyn McCauley who played nearly 500 games at the top level.

Following that three year span, the 67’s added two rookie defenceman who would go on to be notable players in the NHL. Nick Boynton and Brian Campbell patrolled the blue line for the Barber Poles for the end of its third decade (and early into its fourth). The team got back to its winning ways and finished the next two seasons top of the division, and losing a hard fought series in the 1997 OHL finals 4-2.

After those two successful seasons the team had 5 players selected in the NHL Entry Draft, two in the first round. Nick Boynton was selected in the first round, 9th overall by Washington but was unable to negotiate his contract and was back on the 67’s able to renter the draft later on. Campbell was taken in the sixth round, in hind sight and absolute steal and for the Buffalo Sabres and he too would be back with the Barber Poles to start their fourth decade.

The Ottawa 67’s were back to their winning ways to finish their third decade, but the team was far from done. With a slew of players returning, the team was poised to do something special.

Friday night we celebrate this decade. Get your tickets so you don’t miss this historic night.