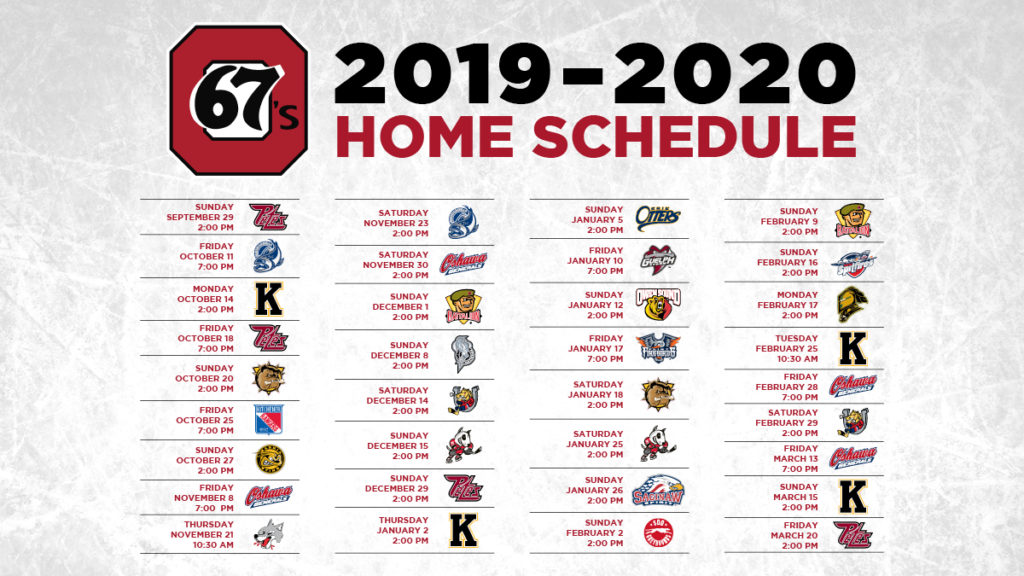 Following’s Monday announcement that they would open their 2019-2020 Ontario Hockey League home schedule on September 29 against the Peterborough Petes, the Ottawa 67’s released their full schedule for the upcoming campaign on Tuesday.

Next season’s schedule, which will feature a total of 34 regular season home games at The Arena at TD Place, will see the 67’s looking to follow up on last year’s historic, 50-win season.  Once again, the Barber Poles’ home rink will be rocking through rivalry games, the second edition of the Alexandra Cup and two school day games, to name just a few highlights.

The Barber Poles’ home schedule leans heavily on Sunday afternoon games with thirteen such dates on the schedule, in addition to six Saturday afternoon games.  Eight Friday night games are also on deck at home, as are Mondays (2), Tuesday (1), and Thursdays (2).