Every winter nearly 1 million people experience the Rideau Canal and once again, our entire team laced ‘em up and joined many of our fans on the longest skating rink in the world. 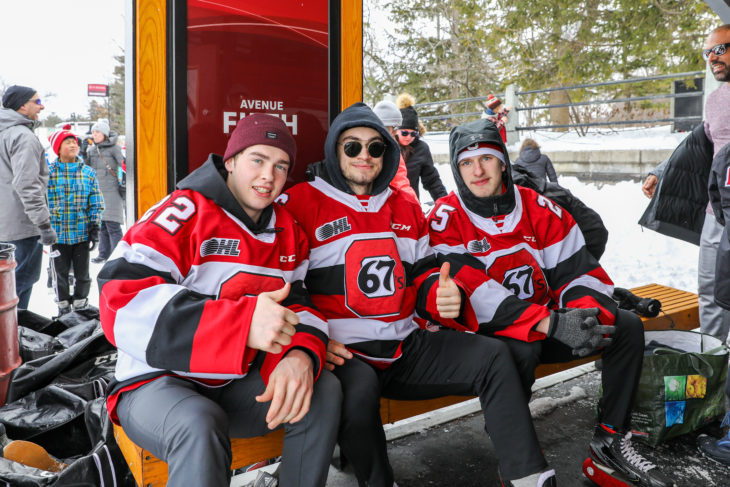 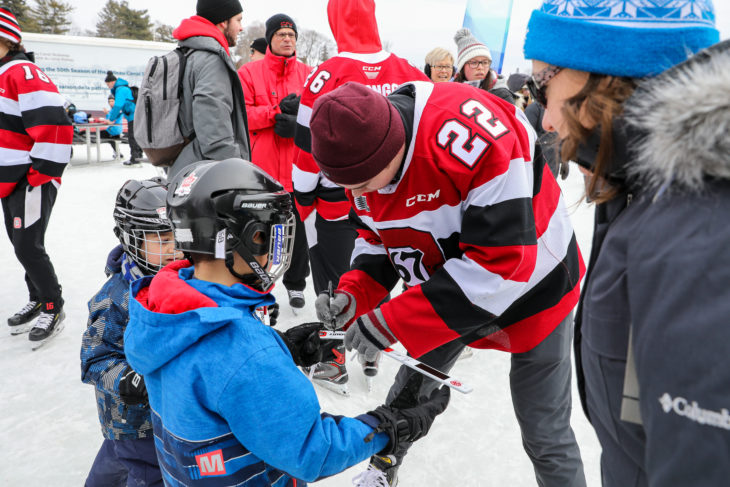 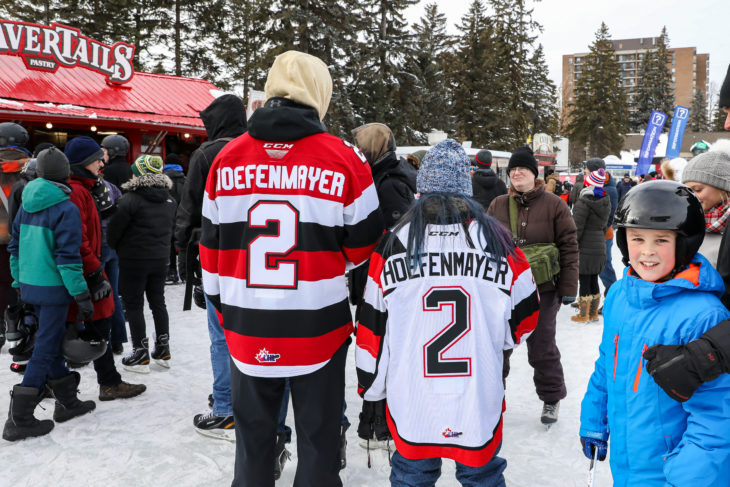 You would think with Arena at TD Place being so close to the Canal that the boys would have plenty of opportunity to experience a skate on Ottawa’s World Heritage site.  Unfortunately, the rigors of training, school, travel and games that are part of the life of a major junior hockey player doesn’t allow for a lot of down time.

“This is definitely one of the events the guys really look forward to. For many of us this is the only time we will get to check out the canal,” stated 67’s defenseman Noel Hoefenmayer. “It’s a pretty cool experience made even better by sharing it with the fans.”

67’s fan Chantale Bergeron  spoke very highly of the team. “I think it’s so great that the 67’s are so involved in their community.  Nothing says Ottawa like Winterlude and skating on the Rideau Canal.  For my son and I to be able to meet up with the players in such a fun environment, it’s just so cool!”

It was all smiles for Jesse’s first skate on the canal with the @Ottawa67sHockey and @REDBLACKS yesterday. He had such a great time. #67s#noquit#NotAllHeroesWearCapes#HockeyIsForEveryonepic.twitter.com/KdW2p4ca5c

Even our REDBLACKS pals Brendan Gillanders (RB), Dominique Davis (QB) and Big Joe joined in on the fun.

All-in-all it was a great afternoon and we want to thank all our fans that came out!