3 Players to Watch at the 67’s Home Opener 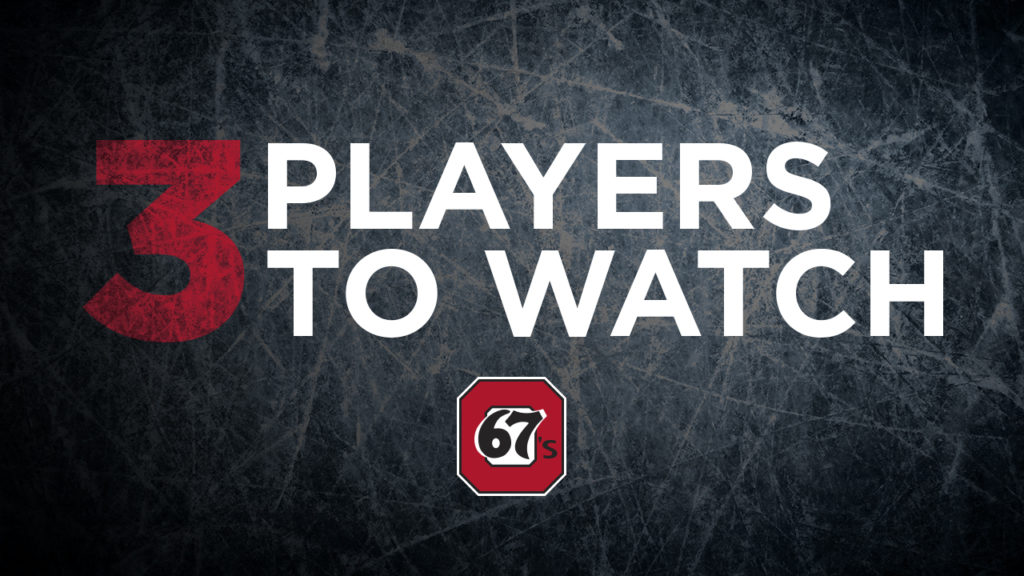 With the 67’s season is right around the corner and this year’s team is loaded with top talent! With so many players to watch this year at TD Place, here’s three players you need to keep an eye on this season.

The towering defenceman will be back from Arizona in time to play in the preseason. After being drafted in the second round, 55th overall to the Coyotes, Bahl returns to the OHL after spending development and rookie camp with the big club. Kevin is coming off a career season where he more than quadrupled his point total.

Last season he was looking to add more elements to his game as he’d been known as a shutdown defender and Bahl did so stepping up at every major competition he attended, scoring goals the Canada-Russia Summit Series, CHL/NHL Top Prospects game and the World Under-18. So keep an eye on Kevin in the offensive end this year but you can definitely expect him to be a major part of the defensive unit this season.

Ottawa native Graeme Clarke is entering his second season in the OHL and poised to have a big season. The 17 year old is entering his NHL draft season hot off winning a gold medal with Team Canada at the Hlinka-Gretzky Cup. At the tournament Graeme averaged a point per game (2 goals, 4 assists, in 6 games) en route to winning the tournament along side 67’s head coach Andre Tourigny.

The first round pick of the 67’s in the 2017 OHL Priority Selection scored the most goals by a 67’s rookie since Travis Konecny by scoring 14 last season for the Barber Poles. Clarke as a high end shot and will be a weapon for the team in the offensive end all season long.

The highly anticipated import pick of the Ottawa 67’s, Marco Rossi will make his regular season debut this Friday.

Marco joins the team after spending last year with the GC Küsnacht Lions professional mens team as well as the club’s Elite Jr. A Team. With GCK Marco scored three goals and tallied three assists for a total of seven points in 18 games. You may not think that is a lot but remember that Marco was only 15 and playing against men. While playing the Elite Jr. A league Marco tallied 51 points in 34 games, averaging 1.5 points per game. Again, he did that as a 15 year old.

Marco enters the OHL looking to learn about the North American game as he a projected early first round pick in the 2020 NHL draft. Marco wants to familiarize himself with this brand of hockey prior to making the jump to the pros. He had his first taste of OHL hockey during the pre-season where he averaged a point per game scoring two goals and two assists in four games played.

You can come see Marco Rossi’s regular season debut and the rest of the 67’s this Friday at 7:00PM when the team hosts the Mississauga Steelheads at TD Place. You can get your tickets here.