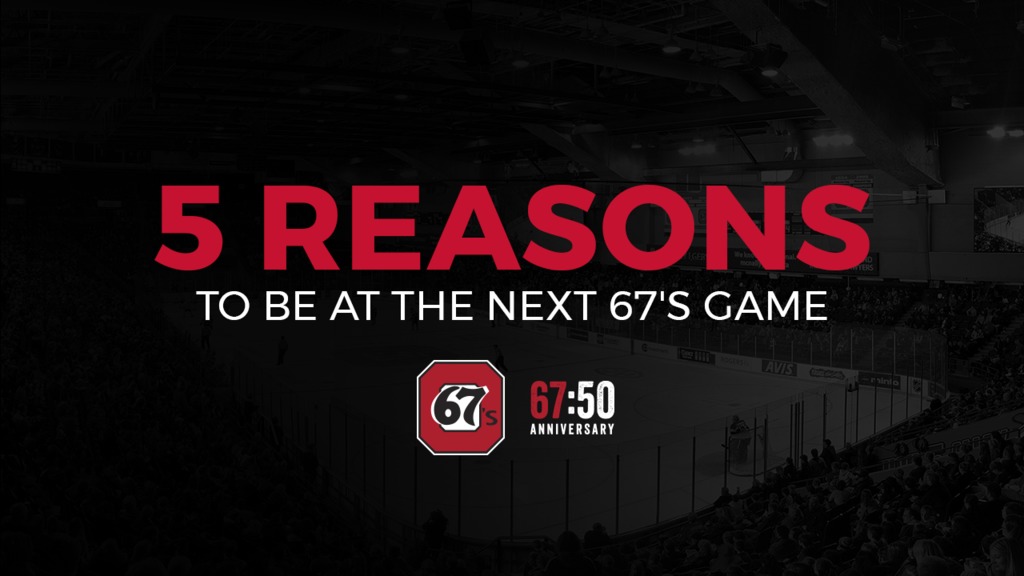 This Saturday the Barber Poles continue their 50th anniversary celebrations by honouring their fifth decade from 2007-2017. The boys welcome divisional rival Oshawa in a four point game looking to catch them in the standings.

The Ottawa 67’s welcome back alumni who wore the Killer Puck and/or the Barber Pole jersey over the course of the fifth decade. These players return to the Arena at TD Place, the rink they called home during their junior careers.

The Brian Kilrea Legacy Wall will finally be completed. The last piece of the wall will be revealed in time for Saturday’s game. Fans will have the opportunity to walk along the wall and be transported through each decade as they admire the 50th anniversary legacy piece.

You can stay hydrated at this Saturday’s game for only $1! All bottles of pop inside the Arena at TD Place are available for a single loonie.

We have been honouring our past decades all season long as part of our 50th anniversary celebration. Saturday’s celebration of 2007-2017 will be the final decade game of the year! If you haven’t been a part of one yet, this weekend is your last chance!

Mitchell Hoelscher – The Ottawa 67’s rookie scored a goal and an assist in both games last weekend and was recently named to the Top 100 North American Skaters by NHL Central Scouting.

Serron Noel – The Ottawa native and 6’5” winger is a projected first round pick in this year’s NHL Draft and returns home as part of the opposition.