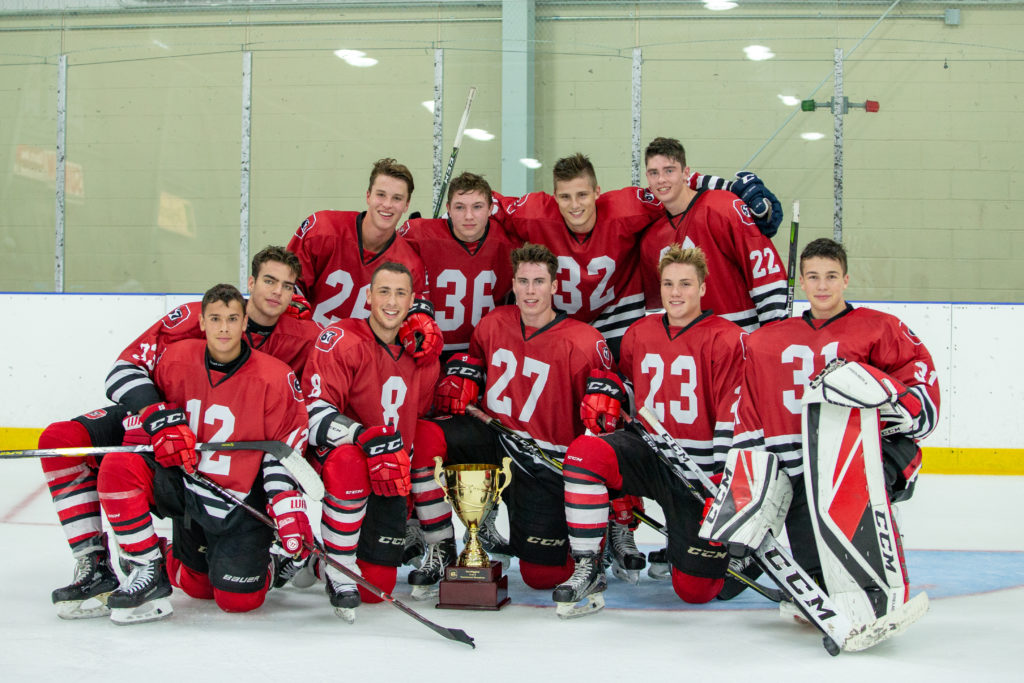 Last week the 67’s held their annual training camp and although there was lots to take away after the team had a couple of days on the ice, here’s five things you want to know.

#NoQuit is the mantra of the 67’s this year, and the team embodies that to the fullest extent. The players have shown over the course of camp that they will fight tooth and nail and do whatever it takes to win. In the second inter-squad game at camp, Team Black fell behind 5-1 and it looked bleak. They didn’t fold. They rallied to score 4 goals in under 8 minutes to tie the game and force overtime. Even in an intersquad game, coming out on top means something to this team and they won’t quit.

2. The boys are committed to winning off the ice.

Building off the #NoQuit attitude, is the effort these boys put in off the ice. Even when the final buzzer sounds, they don’t quit. They just keep going. Inside the weight room at fitness testing they pushed to the brink, and they pushed right back, show casing the fight they had.

The boys were tasked with holding three different planks (front, side, and side) for an extended period of time. Head trainer Sean Young told them that he doesn’t care about having perfect form, he just wants to see them fight. “Fight for yourself, and fight for every other guy in the room”.

And fight they did.

3. The experience of this team runs deep.

The 67’s are returning 19 players from last season, boasting a ton of OHL experience and this was evident at camp. On top of this there are 12 players who have attended an NHL camp at one point in their hockey careers, and 14 of which have represented their country or attended one its national development camps.

4. There was plenty of local talent on display.

The talent from Ottawa and the surrounding area was notable at 67’s the camp. There was a total of 14 players from the Ottawa area.

Notable players from the Nation’s Capital included Tye Felhaber of Pembroke, coming into his last OHL camp the overager will be a key piece to the Barber Poles. Merrick Rippon also came into camp with an extra spring in his step. The Orleans native carried the puck end to end with ease on multiple occasions during the intersquad showcased his stickhandling ability, a quality defender who can provide a jump to the offense when needed. Jack Quinn (Cobden) was also a presence at camp. The 17 year old spent some time last year with the Barber Poles and impressed enough last year to be played in the playoffs. Quinn is expected to have a more reoccurring role with the club this season.

5. Young players were holding their own and standing out.

To add to the Barber Poles depth, a slew of young players held their own this weekend.

Marco Rossi, the team’s first round pick in the 2018 Import Draft grew more and more confident throughout the week as he acclimatized to the North America. The austrian skater would also pick up three points in two preseason games over the weekend.

Matt Maggio, fifth round pick in the 2018 OHL Priority Selection made a compelling case that they may have been too late. The 15 year old lit the lamp all week long, showcasing his natural goal scoring ability. Wondering when he’ll turn 16? Not until November! Size? He’s a solid 170lbs at 5’9″. Maggio came into camp unsigned but left no doubt by the time the camp ended and earned himself a spot on the 67’s preseason roster and signed with the club.

If training camp is any indication of how the season will pan out, the combination of the 67’s experience and crop of young talent should have the team poised for a big year.