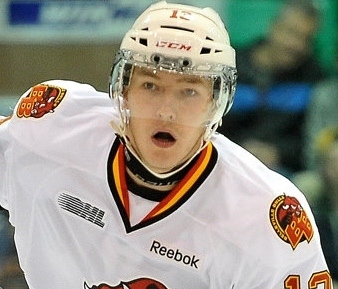 January 5, 2013 (Ottawa ON): The Ottawa 67’s today announced that centre Tyler Graovac has been traded to the Belleville Bulls for winger Sergey Kuptsov, 2 draft choices and a conditional draft pick.  18-year old Kuptsov, who stands 6’2 and weighs 215, had 6 goals and 14 points in 33 games with the Bulls this season.  Graovac had 21 goals and 35 points in 30 games for the 67’s.

“We’d like to thank Tyler for his contributions to the organization and wish him well in the future,” said 67’s Head Coach and General Manager Chris Byrne.  “In Kuptsov, we get a big-body winger with skill who’ll be back with us next season, and the draft picks give us the flexibility we need to build our team with trades or drafted players in the future.”

The Bulls currently lead the OHL East Division with 47 points, 4 fewer than the Conference leading Barrie Colts.  The 67’s are last in the Conference with 25 points.  The OHL trade deadline for the season will arrive on January 10th. 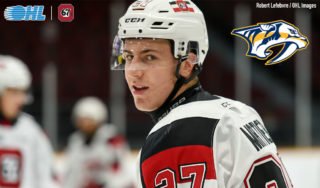