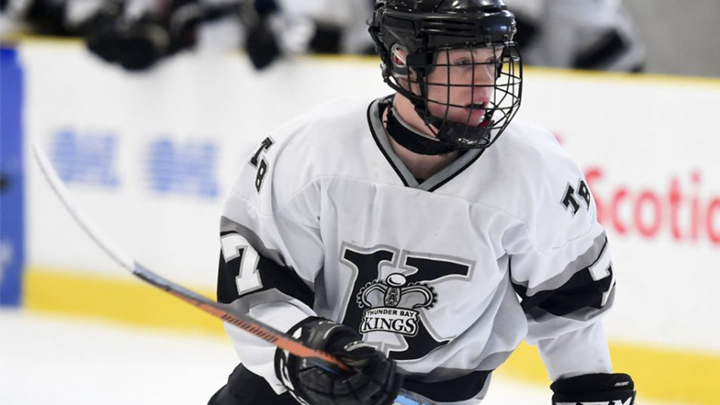 The Ottawa 67’s have acquired defenceman Kyle Auger from the Barrie Colts in exchange for a third-round pick in the 2017 OHL Priority Selection Draft.

“We’re excited to have another good young player join our ranks and one that I’m confident fans are going to see represent the 67’s for years to come,” said 67’s head coach and GM Jeff Brown. “With Jacob Middleton remaining in San Jose there was a need to bolster our depth on the back end and Kyle will help us out there.”

Auger was selected in the second round (39th overall) in 2015 by Windsor and featured for the Spitfires in 28 games before being traded to Barrie this past June.

Born in Thunder Bay, Ontario, Auger was the HNO Player of the Year in 2015 while with the Thunder Bay Kings. The 1999-born right-shot defenceman stands at 5-10 and 172 pounds.

The third-round pick sent to Barrie was part of last year’s trade deadline deal that sent Travis Konecny to Sarnia. The pick originally belonged to the Windsor Spitfires.

After claiming three points from their lengthy road trip through Sarnia, Saginaw and Flint last weekend, the 67’s return home tonight to face division rivals Kingston at 7:00 p.m. at The Arena at TD Place. Ottawa will host Saginaw on Saturday afternoon at 2:00 p.m. before visiting the Frontenacs at the K-Rock Centre on Sunday afternoon.