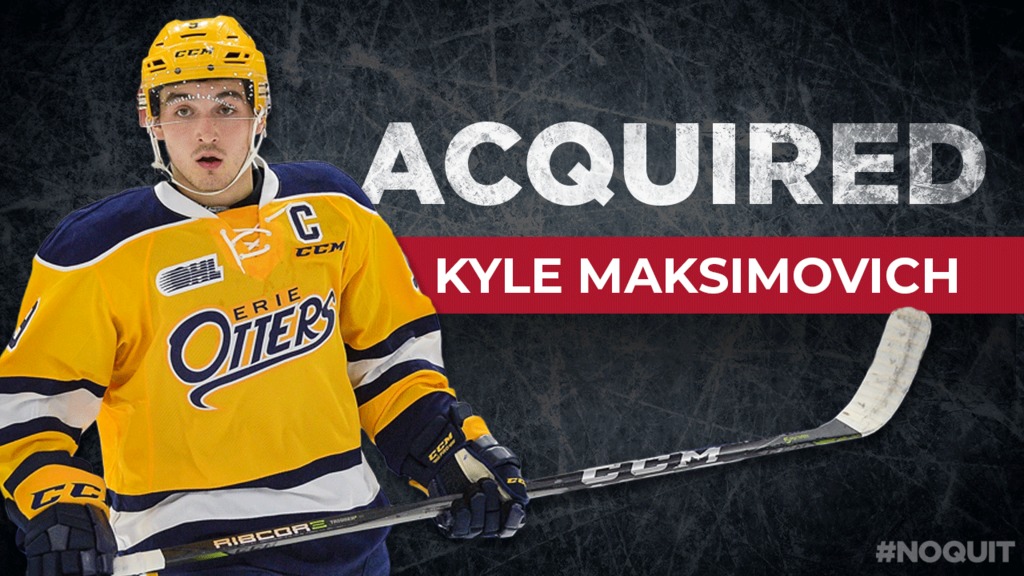 The Ottawa 67’s added another big piece of the puzzle on Tuesday as the club acquired forward Kyle Maksimovich from the Erie Otters.

“Kyle is a versatile player with extensive playoff experience, winning a league Championship with Erie in 2017,” said 67’s General Manager James Boyd. “This is a player we’ve had our eye on for a long time and his attributes complement our existing line-up.”

Maksimovich, a native of Hamilton, has been at least a point-per-game player in his last four seasons with the Otters. His best year came in 2015-2016 when he put up 27 goals and 71 points in 68 games. He is on pace to set a new career high this year as Maksimovich is ninth in OHL scoring with 23 goals and 56 points in just 39 games.

“This is exactly what we needed – a character kid who will fit into the DNA of this team,” said 67’s Head Coach and VP of Hockey Operations, Andre Tourigny. “Max is a guy who has won before and been part of a really good program so he knows what it takes.”

Maksimovich was drafted 59th overall by the Otters in the 2014 OHL Priority Selection Draft and won an OHL championship with the club in 2017. He has 103 goals and 178 assists for 281 points in 292 career OHL games. Maksimovich has also scored 13 goals and 32 points in 55 OHL playoff games.