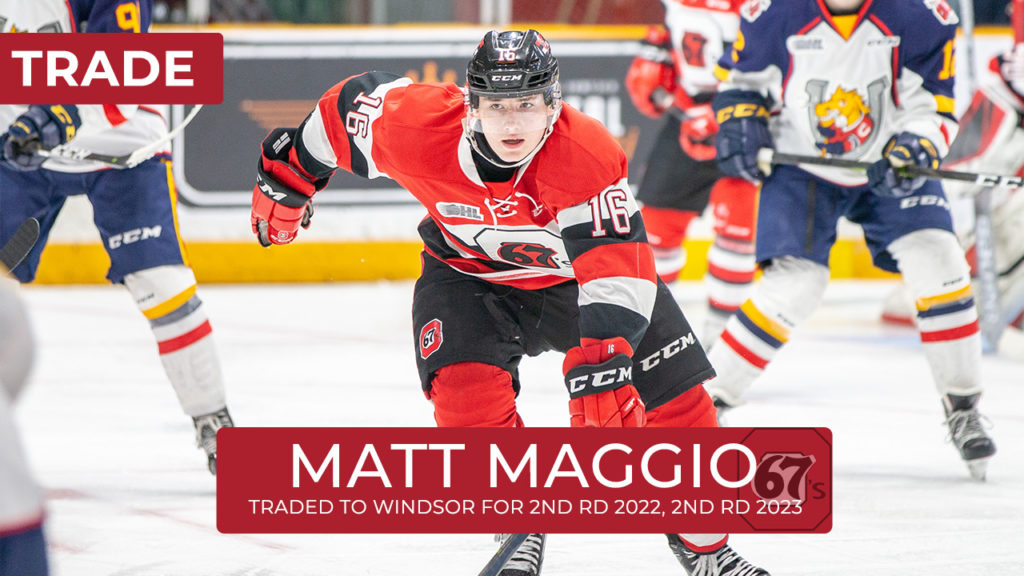 The Ottawa 67’s have acquired a pair of second-round draft picks in exchange for 16-year-old forward Matt Maggio, the club announced on Wednesday.

Maggio, a native of Tecumseh, ON, heads close to home in Windsor, where his father Rob was previously the Spitfires’ Strength and Conditioning Coach.

In 35 games in his first OHL campaign last year, Maggio put up four goals and three assists for seven points for the Barber Poles.