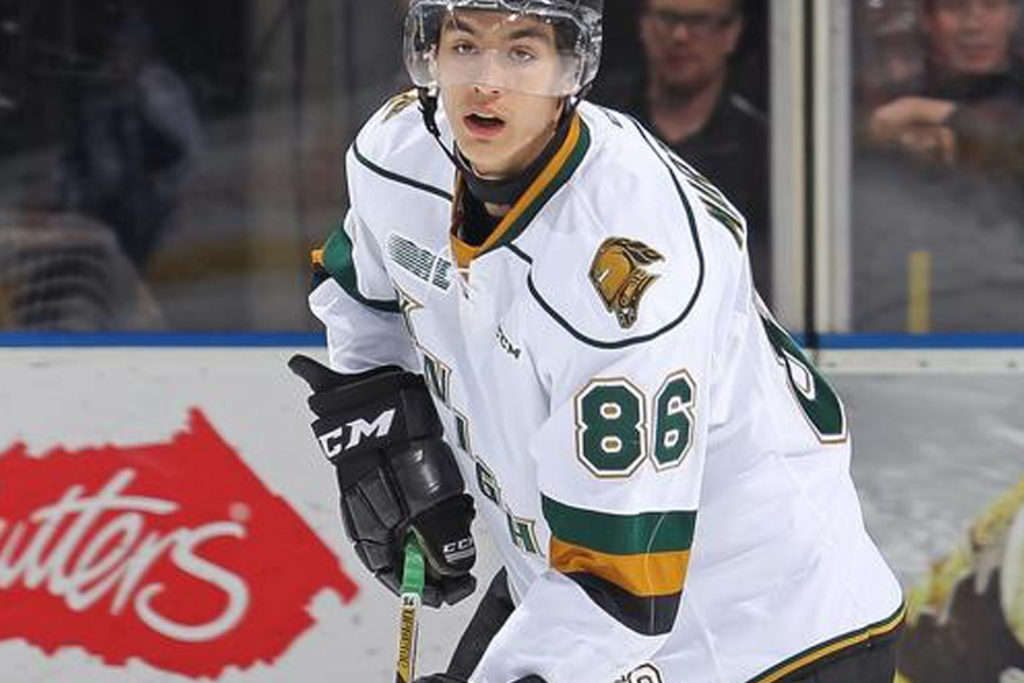 “Chris is exactly the kind of player that we were looking for – a big body defenceman with experience,” said 67’s Head Coach and GM Jeff Brown. “He knows how to win and was a big part in London winning the OHL Championship last season.”

Martenet not only won an OHL Championship with London last season, but won the Clark Cup (USHL) with the Indiana Ice in 2013-14 under Jeff Brown.

Martenet, 20, was drafted by the Dallas Stars in the 2015 NHL Entry Draft in the fourth round (103rd overall). In May, he signed a three-year entry-level contract with the Stars.

The St. Louis, MO native is currently playing in his third OHL season and brings over 150 games of experience to the Nation’s Capital along with 30 games of playoff experience. The product of Shattuck-St. Mary’s, he finished the 2015-16 season ranked sixth in the OHL with a career-high +44 plus/minus rating.

Martinent will join the 67’s in action Thursday night in Niagara when they begin a 6-game road trip that will span the next two weeks.

Fans will get their first chances to see the hulking defenceman in action when the 67’s return home to The Arena at TD Place Tuesday, January 24 against. the Mississauga Steelheads at 7:00 p.m. Tickets are available online at Ottawa67s.com, by phone at 613.232.6767 X1 or in person at The Box Office at TD Place. 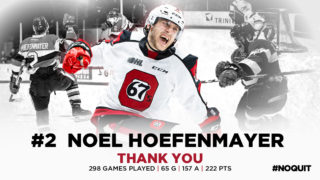 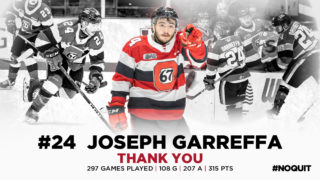 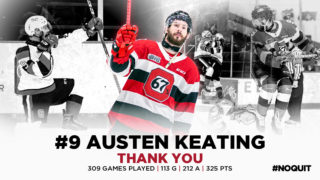 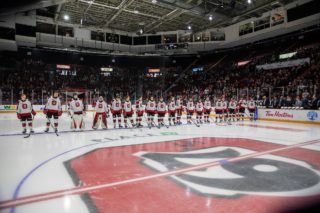