67’s assign group of young players to Jr. A 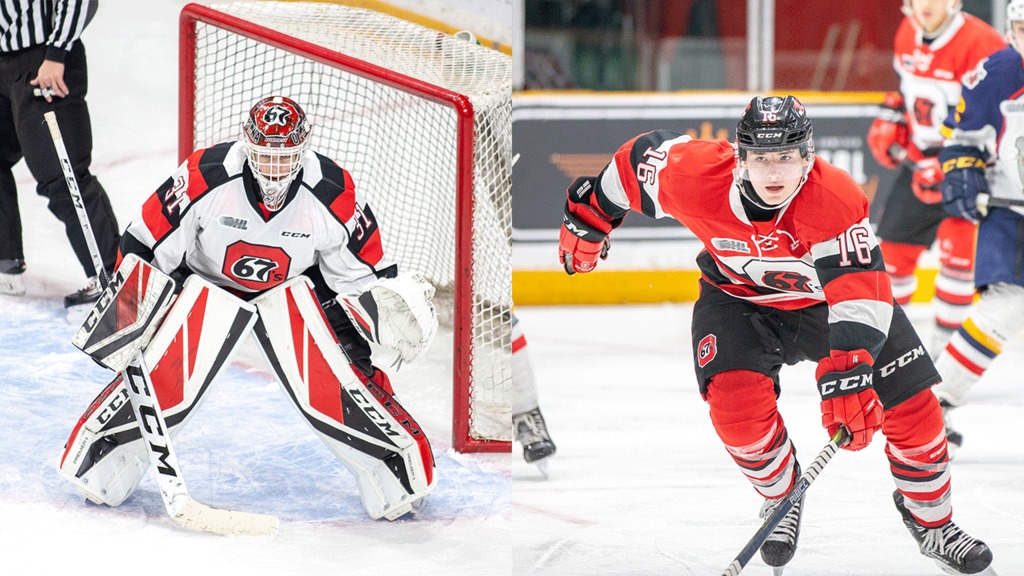 Following the OHL’s trade deadline the Ottawa 67’s have assigned four players to the CCHL, a Jr. A league in and around the Ottawa area.

Goaltender Will Cranley has been assigned to the Navan Grads. Cranley played in eight games for the 67’s so far this season with a record of 3-3-2-0. The 6’3″ second round OHL draft pick will have a good opportunity to face some shots with the Grads who sit fifth (out of six) in their division and have a goal differential of -32.

Right Winger Matt Maggio is heading to the Kanata Laser where current 67’s Hudson Wilson, Sam Bitten, and Jack Quinn have played for in the past. Maggio has played in 34 games this season registering seven points (4G, 3A). Matt will join a middle of the pack Kanata team who is in the playoff hunt.

Yanic Crete will return to the leading Hawkesburry Hawks who sit a top the CCHL. Crete played in 14 games across two separate stints with the 67’s this season. He registered two points (both assists).

Jesse Dick will rejoin the Kemptville 73’s. Jesse played in eight games with Barber Poles and recently picked up his first career OHL goal. The former first round pick in the OHL U-18 draft will head back to the CCHL where he has 10 goals and 12 assists for 22 points in 32 games.