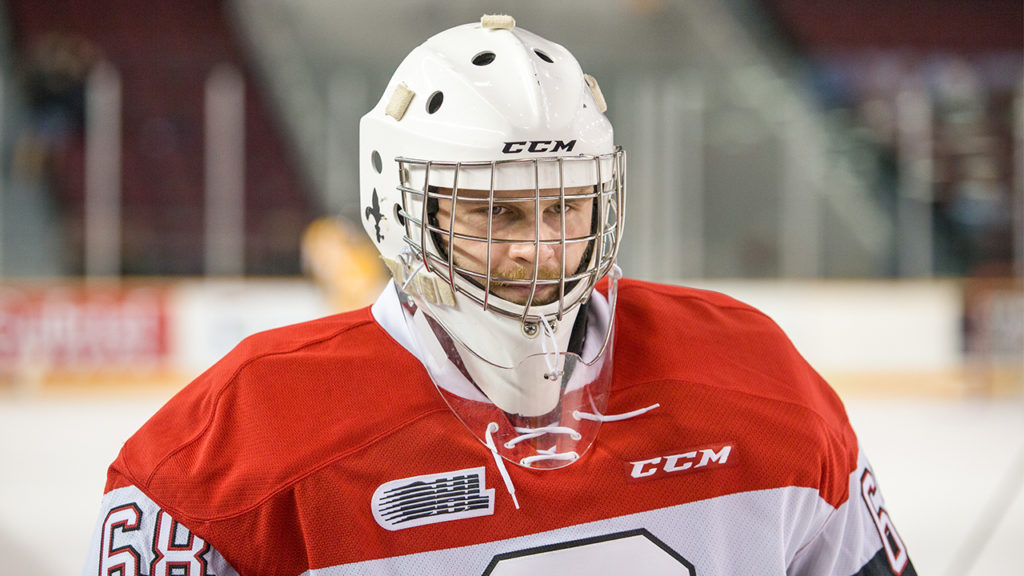 After suffering two straight losses, the Ottawa 67’s bounced back Saturday evening picking up a convincing 6-3 win against the Saginaw Spirit as Jeff Brown’s men continued their lengthy three-games-in-three-nights weekend.

The 67’s, led by an inspiring performance from Artur Tyanulin and Austen Keating – who both picked up a goal and two assists – came back from a 1-0 deficit early in the first period with yet another electrifying offensive performance.

Rookie netminder Olivier Lafreniere, who got his first OHL career start, was stellar between the pipes, stopping 39 of the 42 shots he faces during the game.

Saginaw opened the scoring at the 6:17 mark of the first period through Kirill Maksimov who scored his first of the season. The 67’s would then score two unanswered goals to end the first period with a 2-1 lead. Keating tied the game midway through the frame, grabbing the first of his three points of the night, and less than two minutes later Ben Fanjoy gave Ottawa the advantage with his second of the season.

Ottawa had a flying start to the second period, scoring a third straight goal less than three minutes in as Travis Barron netted his first goal of the 2016-17 campaign, chasing Brendan Bonello from the net.  Cameron Lamour replaced him.

The goalie change gave the Spirit a quick momentum boost as they were able to cut Ottawa’s lead to one, when Brady Gilmour found the back. The 67’s would once again answer with two goals to end the period as Drake Rymsha picked up his fifth of the season and Noel Hoefenmayer his second, to increase their lead to 5-2 after 40 minutes.

The 67’s struck early in the final frame to take a 6-2 lead as Tyanulin grabbed his third point of the night when he turned Saginaw’s defender inside out and scored a nifty backhand spin-o-rama. The Spirit would score a late goal to cut the deficit to three, but the 67’s held on, en route to a 6-3 victory.

The 67’s will wrap up their three-game road trip tomorrow afternoon when they face the Flint Firebirds at 4 p.m.