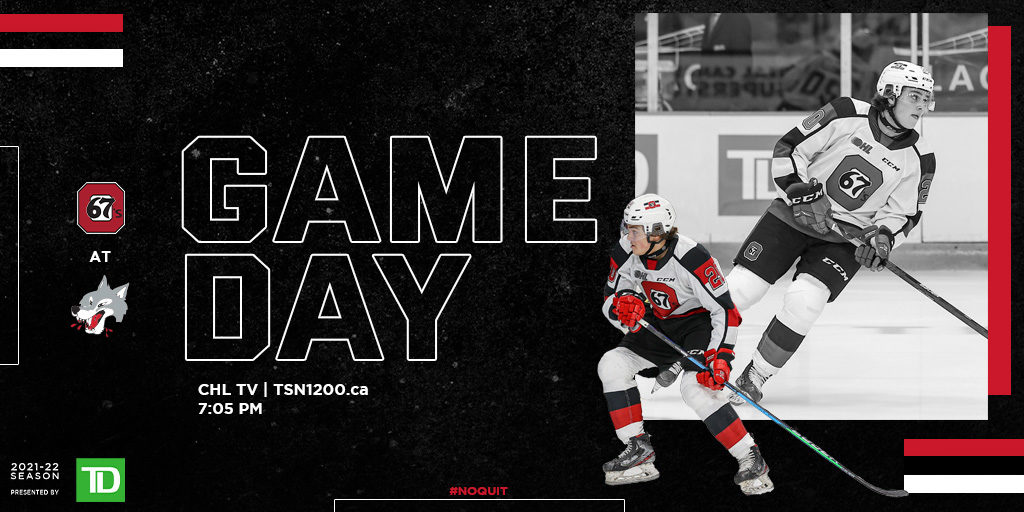 The Ottawa 67’s (10-6-1) finish off a two-day swing through Northern Ontario, tonight, taking on the Sudbury Wolves (6-9-1). Puck drop is set for 7:05pm EST, and Barber Poles fans can catch all the action with a CHL TV subscription. Kenny Walls has the call on TSN1200.ca.

An Ottawa team that was missing Jack Beck, Adam Varga, and Thomas Johnston fought valiantly, but ended up on the wrong side of a 3-0 defeat against the North Bay Battalion, last night.

The Wolves, like the 67’s, are also coming off of a shutout defeat at the hands of the Troops, having lost 4-0 on Sunday night.

Ottawa has already faced off with Sudbury once on the season, on October 20 at The Arena at TD Place. Johnston and Beck each scored a pair, with Varga and Cam Tolnai also chipping in, en route to a 7-4 victory. Goaltender Collin MacKenzie stopped 21 shots for his second career OHL win.

67’s Edged by Generals in Overtime
21 hours ago