67’s come up short against Frontenacs 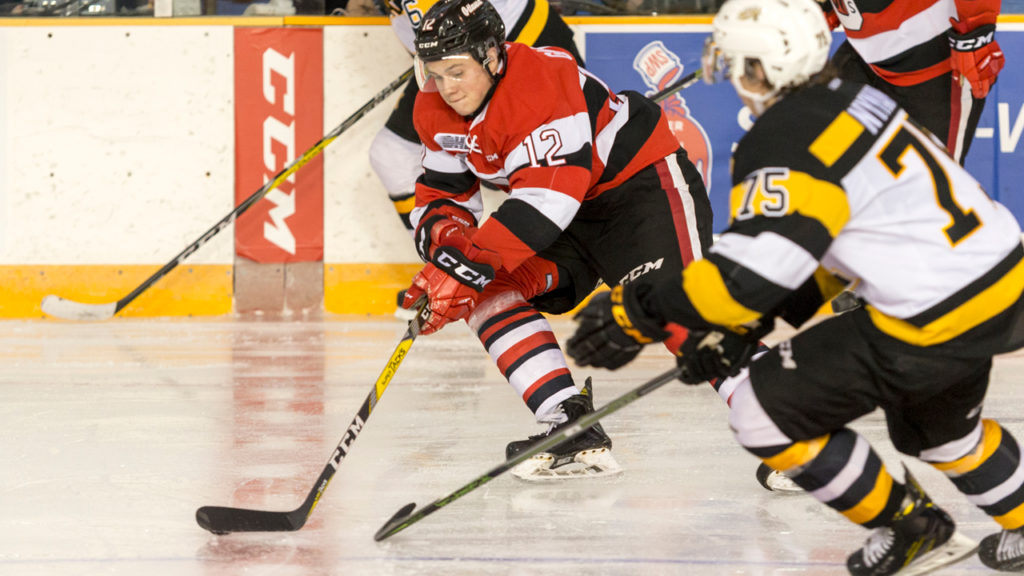 The Ottawa 67’s fell 4-0 to the Kingston Frontenacs on Friday night but got help elsewhere in the league to help the Barber Poles maintain seventh spot in the Eastern Conference.

Holding down a playoff spot with the regular season winding down, Friday just wasn’t Ottawa’s night at as the 67’s fell behind 1-0 in the first period and couldn’t recover. Jason Robertson, who scored the opening goal, added his second in the middle frame and capped off the hat trick into an empty net in the third period. Ted Nichol scored the other goal for Kingston.

Leo Lazarev stopped 34 shots in a losing cause, while Jeremy Helvig picked up the 22-save shutout.

The 67’s return to The Arena at TD Place for the penultimate homestand of the 2016-17 season, hosting Kingston in the second half of their home-and-home on Saturday afternoon, and the Barrie Colts on Sunday.