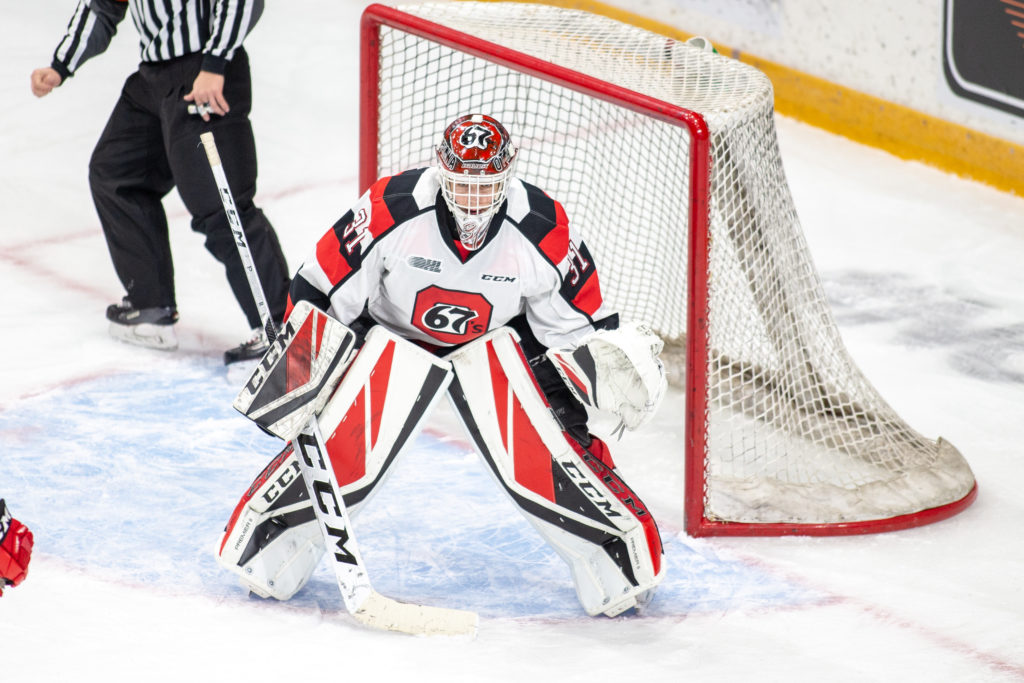 Hockey Canada released Wednesday afternoon their list of 44 players that will be attending Hockey Canada’s National Men’s Summer Under-18 Team selection camp, which will be taking place from July 26-30 at the Markin MacPhail Centre at WinSport’s Canada Olympic Park in Calgary.

Two players from the Ottawa 67’s organization were selected to take part in this camp, which will determine who will be representing Team Canada at the 2019 Hlinka Gretzky Cup in Breclav, Czech Republic, and Piestany, Slovakia.

Goaltender Will Cranley is one of the four Canadian netminders invited to camp.  Cranley is heading into his second season as a 67, after playing in 11 games for the Barber Poles last year, finishing with a record of 4-3-2-0, with a 3.46 GAA and a save percentage of .868.  Cranley represented Canada last year at the World Under-17 Hockey Challenge.

Another member of the 67’s family invited to this prestigious camp is forward Colby Ambrosio, who was selected in the fourth round of the 2018 OHL Priority Selection Draft by Ottawa.  Ambrosio played with the Tri-City Storm of the USHL last year, putting up 24 points in 57 games.  Just like Cranley, Ambrosio also represented Team Canada at last year’s World Under-17 Hockey Challenge.

Both of these players are eligible for the 2020 NHL Entry Draft.