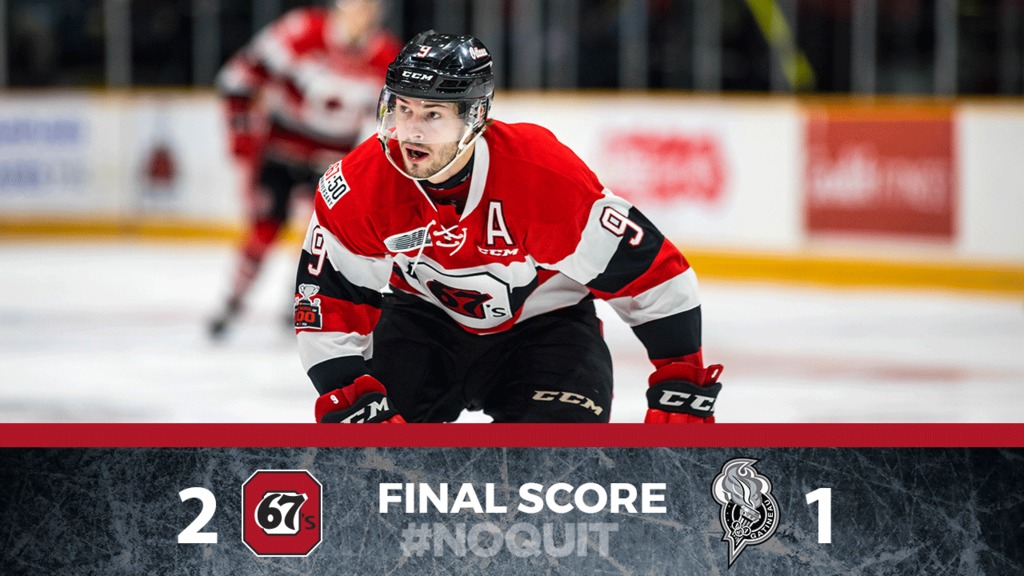 The Ottawa 67’s capped off a perfect pre-season Sunday afternoon, downing the Gatineau Olympiques 2-1 at the Ray Friel Recreation Complex.

The win moved Ottawa’s exhibition record to 5-0 as the club prepares to open it’s regular season on Friday night.

“I think that was our best game of the pre-season,” said 67’s Head Coach Andre Tourigny. “Out of the five games, today we played with more intensity, more purpose.”

Marco Rossi, with his second of the pre-season, opened the scoring for the 67’s, going five-hole on Gatineau goalie Remi Poirier after a nice feed from Jack Quinn. Tye Felhaber notched the winner just past the midway point of the second period, firing home a shot on the powerplay.

“Our goalie was our best player this afternoon by a long shot, but I’m really happy about the way everybody played,” said Tourigny. “Seeing (Andree) making big saves at key moments and keeping his composure, that’s all positive for us.”

Alexandre Pellerin was the lone Olympiques player to find the back of the net when he scored the tying goal in the second. The game would remain even for just over two minutes before Felhaber put Ottawa back on top.

With the pre-season in the books, the Barber Poles’ will kick things off for real on Friday night when they host the Mississauga Steelheads at TD Place.  Click here for tickets to the home opener and take advantage of a special offer that includes a game ticket and a beer for just $20.