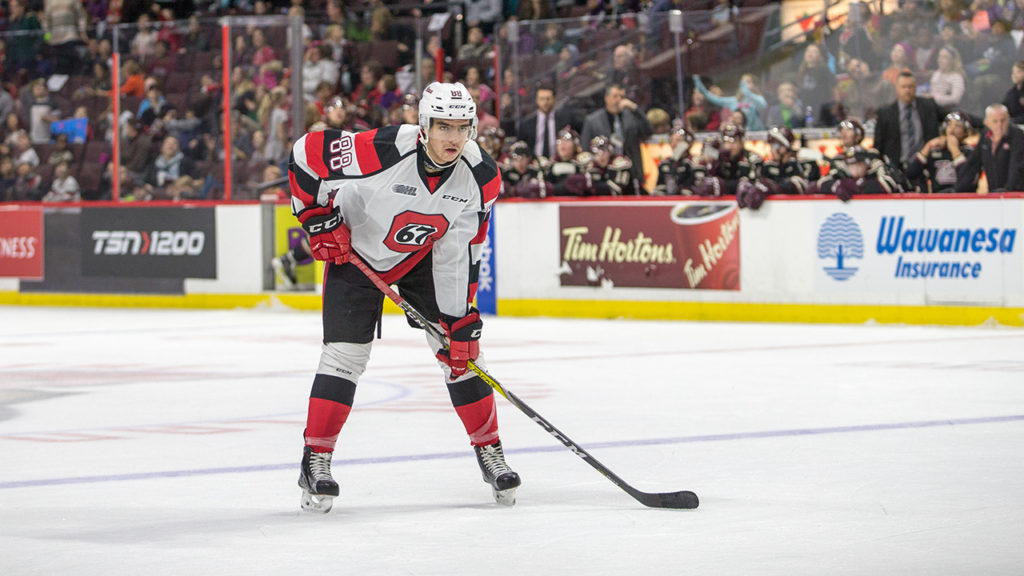 Coming off his rookie campaign in the nation’s capital, 67’s defenceman Kevin Bahl has earned himself an opportunity to represent his country. On Tuesday, Hockey Canada announced the roster for the 2017 Ivan Hlinka Memorial Cup that will feature the hulking six-foot-five defenceman as one of seven OHL players looking to help Canada reclaim gold after missing out in 2016 – the first time they’ve missed out on Gold at this tournament since 2007.

Canada will feature in Group B against Russia, Finland and hosts Slovakia. Canada opens the tournament on August 7 against Russia before taking on Finland (August 8) and concluding the group stage against Slovakia on August 9. The top team in each group will play for Gold.

The 2017 edition of the Ivan Hlinka Memorial Cup is co-hosted by Břeclav (Czech Republic) and Bratislava (Slovakia).

The 67’s open their 50th Anniversary Season on September 21 in Barrie, with their home opener set for Sunday, September 24 against the reigning OHL Champions, the Erie Otters.