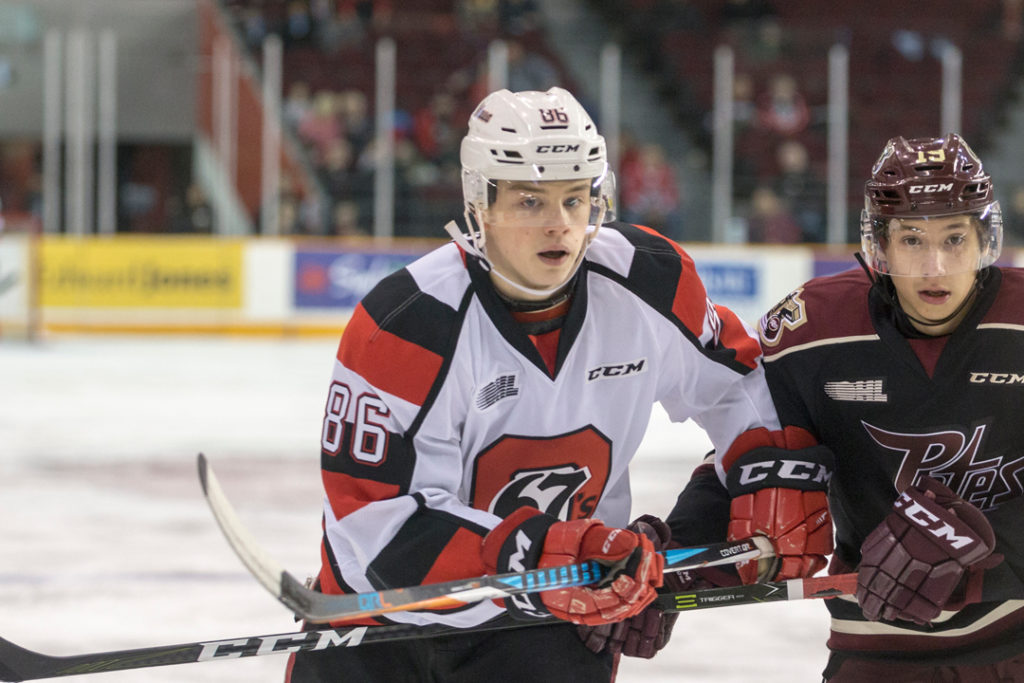 The Ottawa 67’s couldn’t build off a strong start in their first game back following the Christmas break, falling 7-5 on the road to the Peterborough Petes on Thursday night.

Artur Tyanulin, who had a three-point night with a goal and two assists, opened the scoring to give the visiting 67’s the early lead and goals by Nolan Gardiner and Patrick White would push Ottawa ahead 3-1 by the 14:25 mark of the second, but a pesky Petes team fought back again and again.

Unfortunately for Ottawa, that was all the offence they would get as Peterborough would score four unanswered goals to clinch the win.

Leo Lazarev made 31 saves in goal in a losing cause for Ottawa.

The 67’s return home Friday to host the Oshawa Generals at 4 p.m. At the Arena at TD Place.