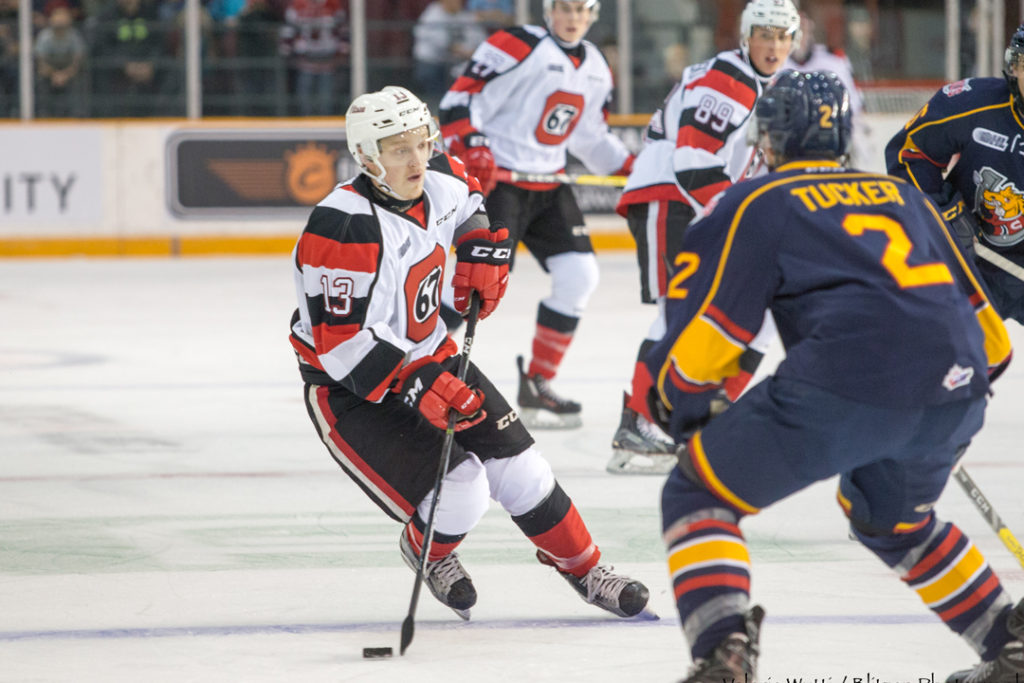 The Ottawa 67’s jumped out to an early lead on Saturday night but a tough second period saw the visitors fall 4-3 in overtime to the Barrie Colts.

Artur Tyanulin added to his team lead with his 14th goal of the season with less than four minutes to go in the first period to open the scoring, but a three-goal explosion by Barrie in the second period hurt Ottawa.

Anthony Stefano, Lucas Chiodo and Jaden Peca scored for Barrie in the second, before Austen Keating, with under a minute to play in the second, and Patrick White, in the third, tied things up for Ottawa.

Zachary Magwood scored the winner for Barrie just before the two-minute mark of overtime.

Olivier Lafreniere turned in another solid performance in the Ottawa goal, turning away 33 of 37 shots in a losing cause.

The 67’s, currently 1-1 on their current three-game road trip, close out the weekend in Mississauga Sunday afternoon against the Steelheads.