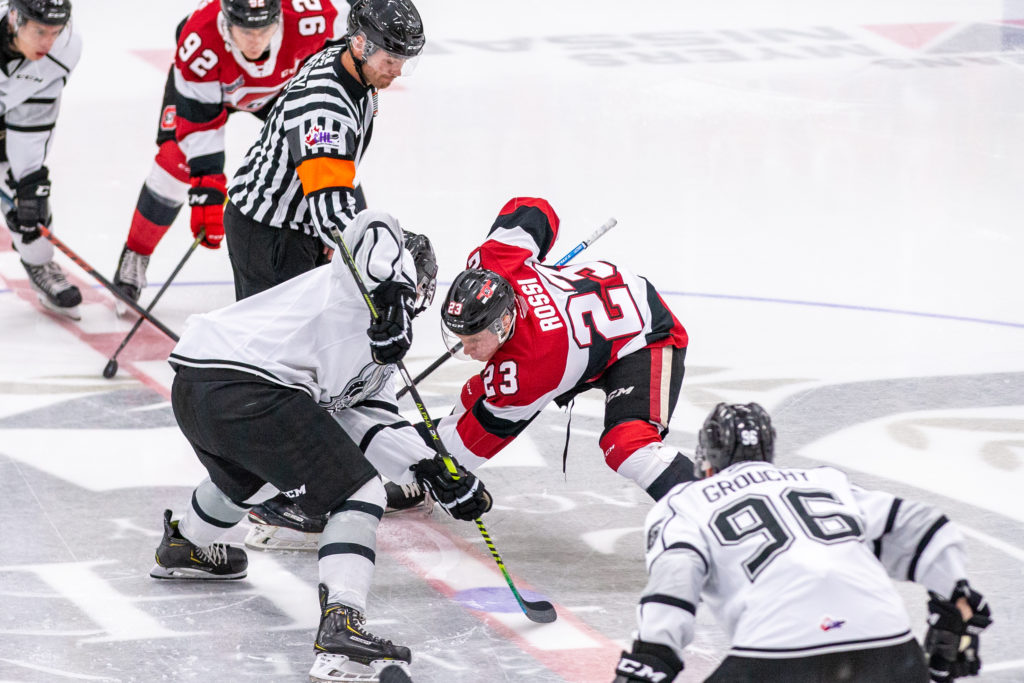 The lights were back on at the rink for the start of the Ottawa 67’s pre-season schedule on Thursday night, but Cedrick Andree was lights out in the 1-0 shutout of the Gatineau Olympiques.

The 67’s netminder made 25 saves and showed no signs of rust as last year’s 34-game-winner backstopped his team to victory in front of 600-plus at Rockland’s CIH Arena. Offensively, third-year winger Graeme Clarke, fresh off being drafted by the New Jersey Devils in June’s NHL Entry Draft, scored the game’s only goal to start things off on a winning note.

The opening exhibition game was a good opportunity for those on hand to see new 67’s faces such as recent first-round pick Jack Matier, and other rookies like Brenden Sirizzotti, Jack Beck, Teddy Sawyer, among others, in action.

As is often the case when the OHL’s 67’s square off against the QMJHL’s Olympiques, the game was an intense affair, meaningless in the standings or not. With goals at a premium, Clarke ripped his signature wrist shot past Gatineau’s Creed Jones at 5:32 of the third period, giving his team the lead and eventually the win, finishing off a nice play by Marco Rossi.

Ottawa now has four more pre-season games to play before the start of the regular season.  They will be back in action this Sunday, September 1st, when they face the Sudbury Wolves at the Kanata Rec Center, with puck drop scheduled for 4 P.M.  The Barber Poles and the Olympiques will face off one more time in this pre-season, in Gatineau, on Sunday, September 15th, at 4:30 P.M.