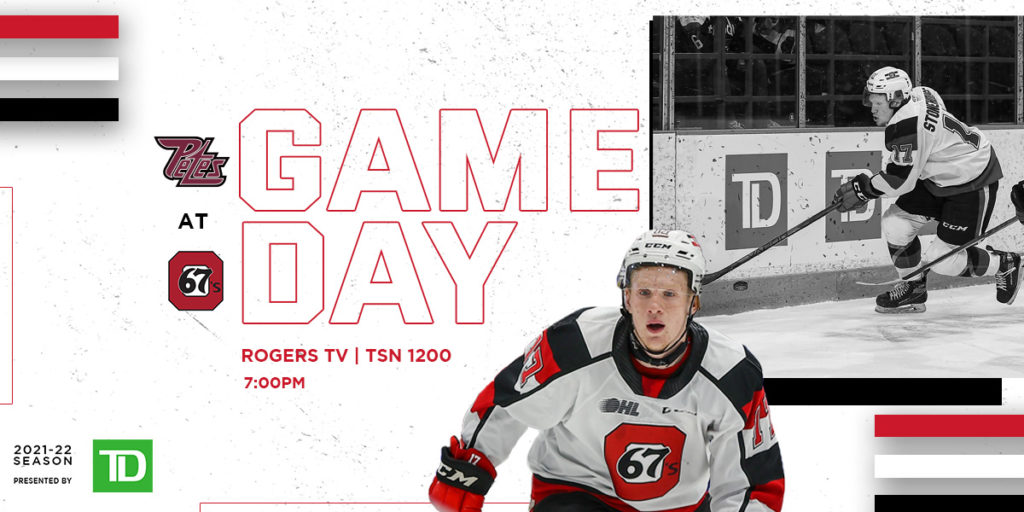 In what will be their first home game since December 19, 2021, the Ottawa 67’s are back on the ice at TD Place, to take on the Peterborough Petes. Puck drop is scheduled for 7:00pm EST, and Barber Poles fans can catch the action live on Rogers TV. Kenny Walls has the radio call on TSN Radio 1200.

This is Ottawa’s first game action of 2022, as the Omicron variant has necessitated numerous changes in the entire league’s schedule. The 67’s were last in action on December 31, 2021, earning a 5-1 road win over the North Bay Battalion. Gavin Ewles and Thomas Sirman both tallied their first OHL goals, Brady Stonehouse scored two in his first career multi-goal game, and Vsevolod Gaidamak added his team-leading 14th of the season, while Will Cranley stopped 20 of the 21 shots he faced.

Peterborough dropped a 3-1 decision to the Sudbury Wolves at home, last night. Joe Carroll tallied the only goal.