67’s Fall to Battalion on the Road 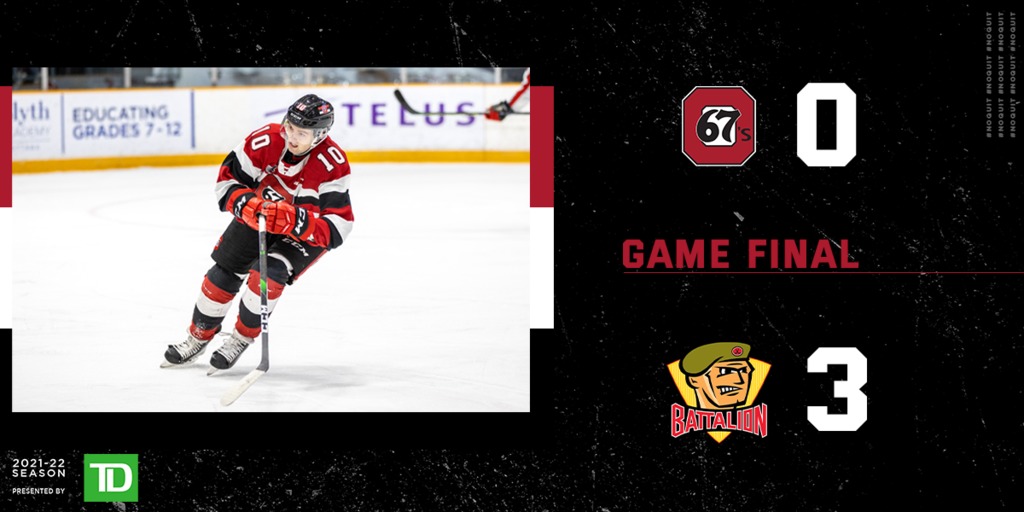 A depleted Ottawa 67’s team fought hard, but was ultimately unable to come up with a win on the road, falling 2-0 to the North Bay Battalion. Missing forwards Jack Beck, Adam Varga, and Thomas Johnston, the Barber Poles were able to generate chances, but couldn’t solve North Bay netminder Joe Vrbetic in the penultimate game of their current road swing.

A scoreless first saw both teams trade opportunities, but head to the second period deadlocked, and with the shots on goal totals tied at 9-9.

The Battalion broke through in the second, when the puck went in off the skate of Brandon Coe. The play was ruled a good goal, and Ottawa found themselves in a 1-0 hole, despite the shots being even at 17-17.

North Bay added two more in the third, both off the stick of Kyle Jackson, with one coming on the powerplay, and that would be all they needed to earn a 3-0 victory over the 67’s.

Up Next: Ottawa continues their trek through Northern Ontario tomorrow night, facing the Sudbury Wolves in a 7:00pm EST puckdrop.