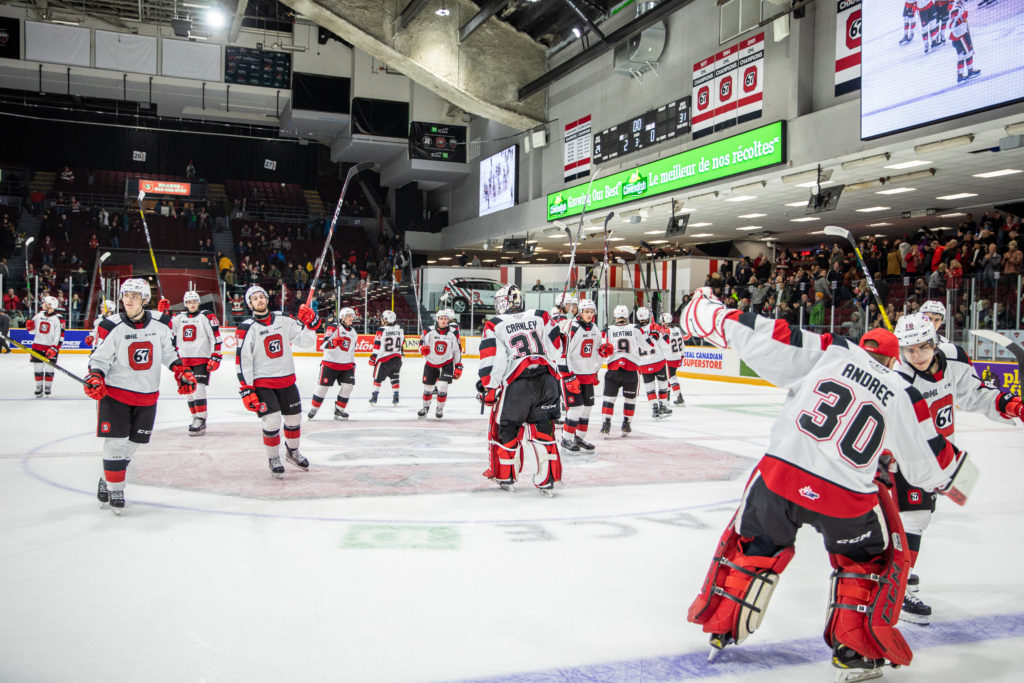 The Ottawa 67’s today announced that Sunday’s Teddy Bear Toss game versus the Niagara IceDogs has been cancelled. The cancellation was precipitated by an horrific injury to IceDogs goalie Tucker Tynan suffered during their game last night against the London Knights. The IceDogs reported earlier today that Tynan is now stable and safe following surgery. The Ontario Hockey League has announced that Niagara will not play either of its scheduled games this weekend and both will be rescheduled for later in the season.

“We certainly wish Tucker a speedy recovery and our thoughts are with his friends, family and teammates,” said Mark Goudie, President and CEO of the 67’s parent company, Ottawa Sports and Entertainment Group. “We understand the Teddy Bear Toss is an extremely popular game for our fans so we’ve reschedule it for Sunday January 5th when the 67’s host the Erie Otters at 2:00PM. We know this will be an inconvenience for some and we sincerely apologize. We’ll make sure the bears get delivered to kids who will love them early in the New Year.”

Fans with tickets to Sunday’s game will be able to exchange them for tomorrow’s home game versus the Barrie Colts, the January 5th game against Erie or another game this season. All ticket holders will be contacted directly by the TD Place Box Office with more details. Fans that purchased advance parking for Sunday will be refunded.