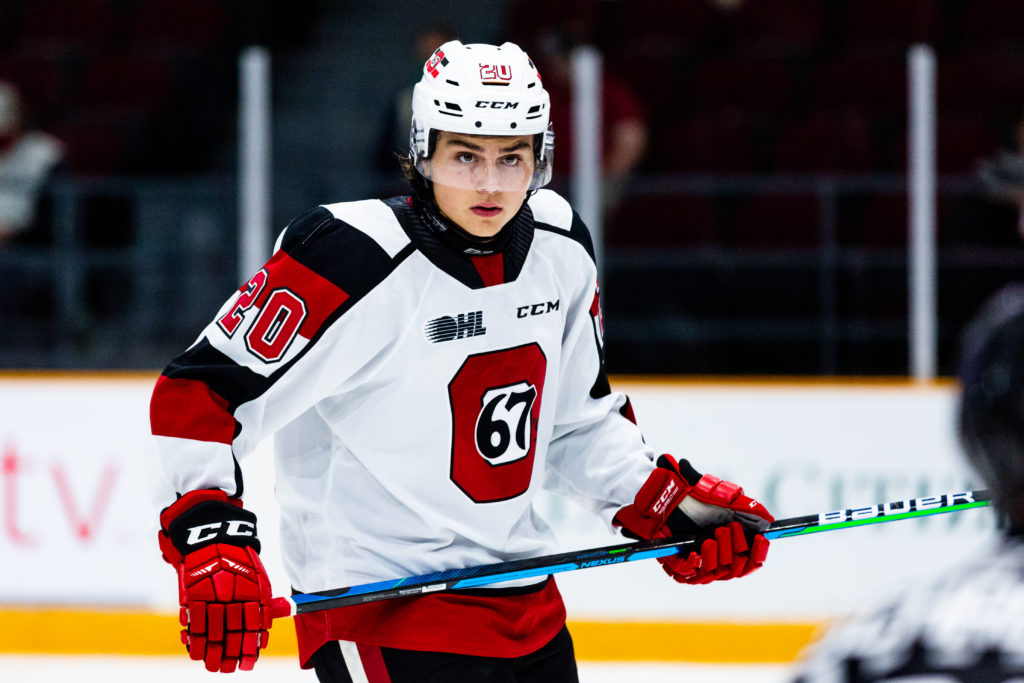 The Ottawa 67’s started their 2022-23 campaign in a firework-filled game on the road against the Oshawa Generals, winning in a shootout by a score of 7-6.

The Gennies potted two goals in the early going, taking a 2-0 lead inside the opening two and a half minutes, thanks to Ryan Gangier and Calum Ritchie. The Barber Poles responded promptly, however, with three goals of their own in the first, two off the stick of Luca Pinelli, and another from overager Cam Tolnai. Nikita Parfenyuk evened things up for the Generals before the end of the first.

The offence didn’t end after a six-goal first period. In the second, Pinelli completed the hat trick, but once again, Oshawa responded. Can Butler netted the Generals fourth goal of the game, midway through the second. This time, however, Ottawa ended the frame with the advantage. Jack Matier scored his first goal of the season, giving the Barber Poles a 5-4 lead after two.

The teams traded three more goals in the third period, with Stuart Rolofs opening the scoring in the period to tie the game with a power play goal. Brad Gardiner reclaimed the 67’s lead just over two minutes later, but roughly 40 seconds after that goal, Oshawa tied the game again, on a goal from Thomas Stewart.

Overtime solved nothing, and in the shootout, Ottawa took the win, earning their first win of the season.

Max Donoso earned the win, stopping 19 of the 25 shots he faced, also adding an assist on Matier’s second period goal. In the Oshawa goal, Patrick Leaver was hit with the loss, but stopped 35 of the 41 shots fired his way.

Up next: The 67’s take on the Erie Otters for the first time since before the pandemic, in their home opener on Sunday afternoon, at the Arena at TD Place.