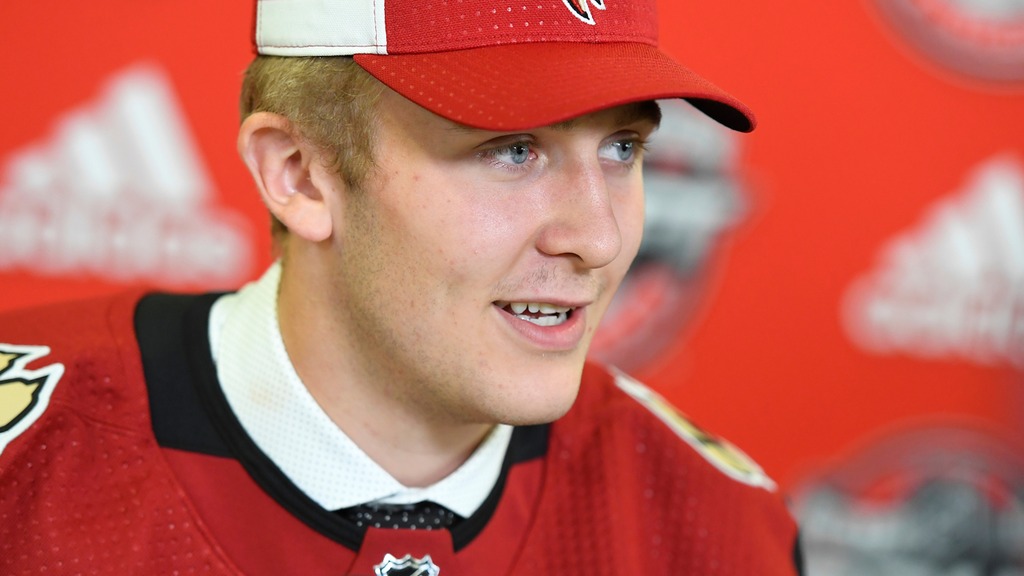 Noel Hoefenmayer and Sasha Chmelevski saw their boyhood dreams realized Saturday as the pair were drafted into the NHL. Hoefenmayer was selected by the Arizona Coyotes (108th overall), while Chmelevski (185th) was drafted by the San Jose Sharks.

“Noel was thrilled this afternoon and is heading to an orientation camp with Arizona right away,” said Ottawa 67’s General Manager James Boyd. “This is an exciting time for Noel and his family.”

Hoefenmayer becomes the first-ever Ottawa 67’s player drafted by Arizona who selected the North York, Ontario native in the 4th round, 108th overall. The smooth-skating defencemen produced 40 points for the 67’s in 2016-17 and saw his stock in the draft rise throughout the course of the season.

“What an honour to be drafted by the Arizona Coyotes,” said a thrilled Hoefenmayer. “I am thankful to everyone for all the support along the way and I can’t wait to get started.” 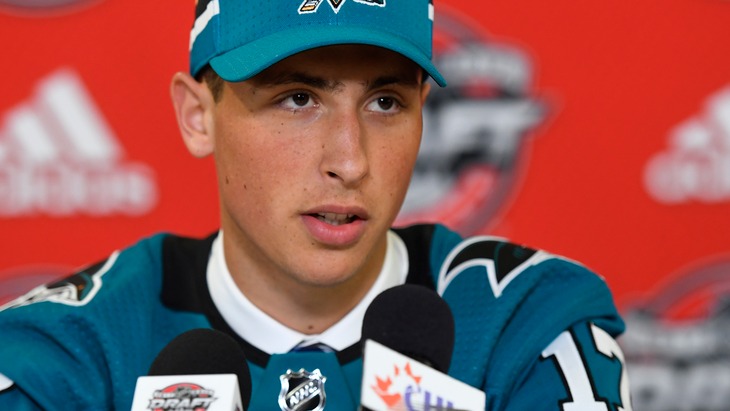 Chmelevski becomes the ninth 67’s player drafted by the San Jose Sharks joining the likes of Logan Couture. The Northville, Michigan native was selected in the 6th Round, 185th Overall. San Jose’s General Manager, Doug Wilson, is an Ottawa native and former defenceman with the Barber Poles. In 2016-17, Chmelevski scored 21 goals and 43 points in 58 games and proved a strong asset on the powerplay.

“I am very thankful to join the San Jose Sharks organization,” said an excited Chmelevski. “I have to thank my family and friends for helping me along the way.”

“It’s great to see Sasha selected by Doug Wilson’s San Jose Sharks during the 50th Anniversary of 67’s hockey,” said Boyd. “I know from speaking with some of their personnel that the Sharks think very highly of Sasha and are thrilled to have been able to select him.”

Two weeks ago, the 67’s unveiled the schedule for their 50th Anniversary Season that will open September 21 in Barrie, with their home opener set for Sunday, September 24 against the reigning OHL Champions, the Erie Otters. The 67’s are planning several special game nights in celebration of the team’s 50th Anniversary Season. Details will be announced leading up to training camp.