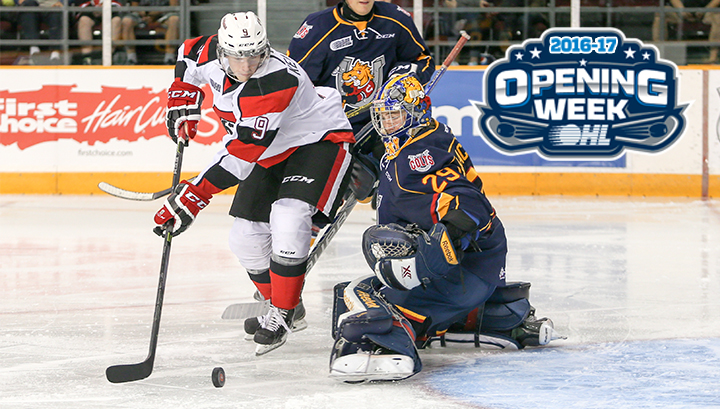 OTTAWA, ON – The Ottawa 67’s will drop the puck on their 2016-17 season at TD Place September 25 against the Barrie Colts. The Ontario Hockey League (OHL) unveiled the home openers Tuesday in a league- wide announcement with the full season schedule to be unveiled on Wednesday. Prior to their home opener, the 67’s will begin their quest for junior hockey supremacy against rivals Peterborough on September 22.

“We’re excited for the season ahead,” said 67’s GM and head coach Jeff Brown. “We have tremendous fans and our goal is to return the vibrancy of junior hockey to Lansdowne and that starts September 25.”

Ottawa dominated the East Division rivalry last season owning a 6-2-0 record against the Pete’s while the 67’s and Barrie Colts split their four-game season series with two wins apiece.

The schedule announcement comes on the heels of Monday’s news that the team has signed five draft picks that will serve as the cornerstone of the hockey club’s future. The signings include 2015 picks Kody Clark and Ben Evans along with 2016 selections Peter Stratis, Carter Robertson and Kevin Bahl.

It is a busy week for junior hockey with prospects looking to take the next steps in their careers at the 2016 NHL Entry Draft set for this weekend in Buffalo. The 67’s have four draft eligible players – forwards Travis Barron, Drake Rymsha and Dante Salituro, as well as 6’8 defenceman Stepan Falkovsky.

Ticket information on the 34-game home calendar will be released soon.