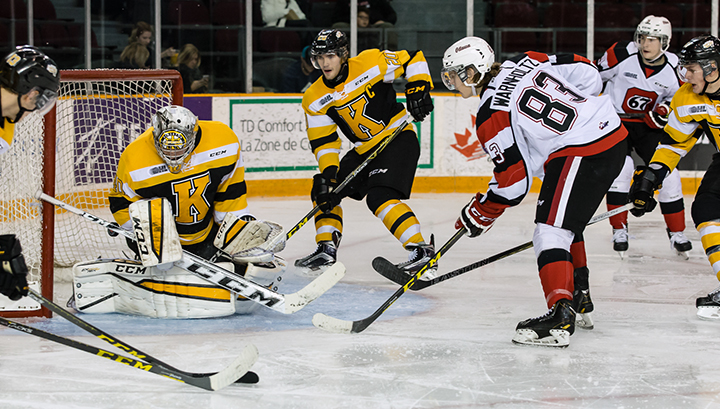 The puck will drop on the 2016-17 Ontario Hockey League season in less than two months’ time as the League unveiled the exhibition schedule on Tuesday. The 67’s will feature in four contests – a pair of home-and-home series with the Kingston Frontenacs and the QMJHL’s Gatineau Olympiques.

Ottawa will open the exhibition schedule September 2 in Kingston before hosting the Frontenacs September 4 at The Arena at TD Place at 2 p.m. The home-and-home series with Gatineau will begin September 9 at the Bob Guertin Arena with the second game slated on September 11 at 2 p.m. back at TD Place.

Ottawa opens the 2016-17 season on the road September 22 against East Division rivals Peterborough before returning to The Arena at TD Place for their home opener on September 25 at 2 p.m.

Ticket information on the 34-game home calendar (regular season) will be released soon.