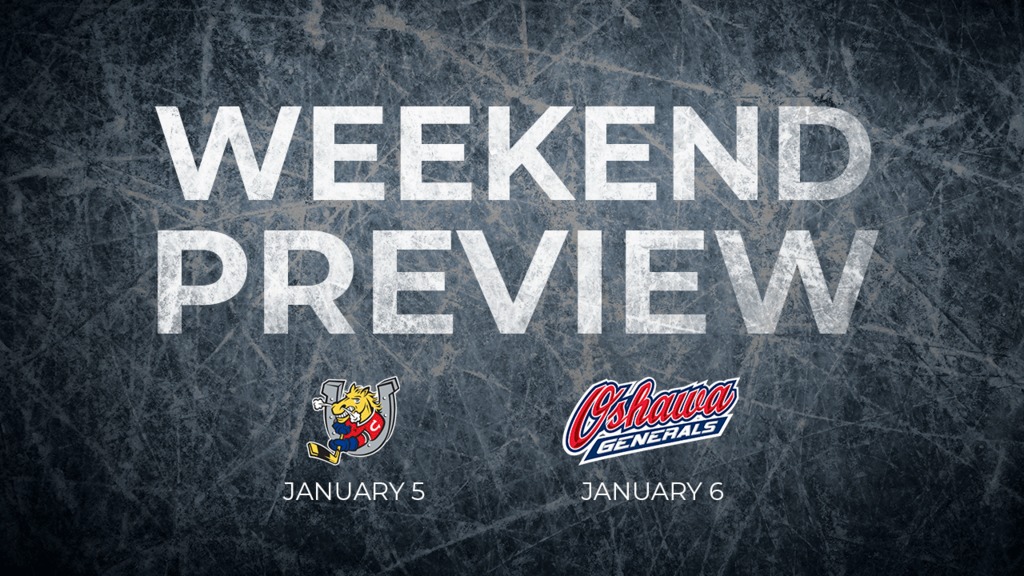 After a blistering, 27-7-3-1 run through the 2018 portion of the OHL schedule, the Ottawa 67’s are set to open the new calendar year with back-to-back matinees this weekend.

After dropping a close, exciting game to Niagara in their last outing, the 67’s will host Barrie and Oshawa on Saturday and Sunday as the Barber Poles look to maintain their lead over the entire OHL.

The 67’s will once again be led into battle by the red hot Tye Felhaber, who now has 42 goals in just 38 games. Ottawa has been getting contributions from throughout the lineup of late, including the first OHL goals for rookies Cam Tolnai and Jesse Dick in late December. Tolnai didn’t have to wait nearly as long for his second career goal as he found the back of the net just three games after scoring his first.

In the absence of DiPietro, who has been away with Team Canada at World Juniors, Cedrick Andree has been rock solid and continues to lead the OHL in wins with 23.

The Barrie Colts have not had the first half to the season they had hoped for.  Last in their division, and second last in their conference, Dale Hawerchuk’s team has had trouble finding consistency.  The Colts have only won one of their last 5 contest, which was a 5-1 win over the Owen Sound Attack on New Year’s Eve.  Led in points by overage forward Lucas Chiodo, who currently has 49 points in 36 games so far this year, the Colts’ offensive depth is then consisted of Ryan Suzuki and Matej Pekar.  Ryan, brother of Team Canada’s own Nick Suzuki, is a highly touted prospect for the upcoming NHL Entry Draft, while Pekar is currently away representing the Czech Republic.

Ottawa and the Generals faced off back on December 30th with the 67’s taking the game by a score of 5-2.  However, Oshawa has gotten the better of the 67’s twice so far this year, both of these wins occurring either in overtime or shootout.  Both teams are playing with notable missing faces, such as Jack Studnicka and Nando Eggenberger for Oshawa, whom are both away at the World Juniors as well.  Oshawa will however count on their top scorer, Florida Panthers’ Serron Noel, who has put up 50 points in 37 games so far this season.  This contest will be starring the two top teams in the East Division, with Ottawa leading it with 58 points and the Generals trailing behind with 46 points.