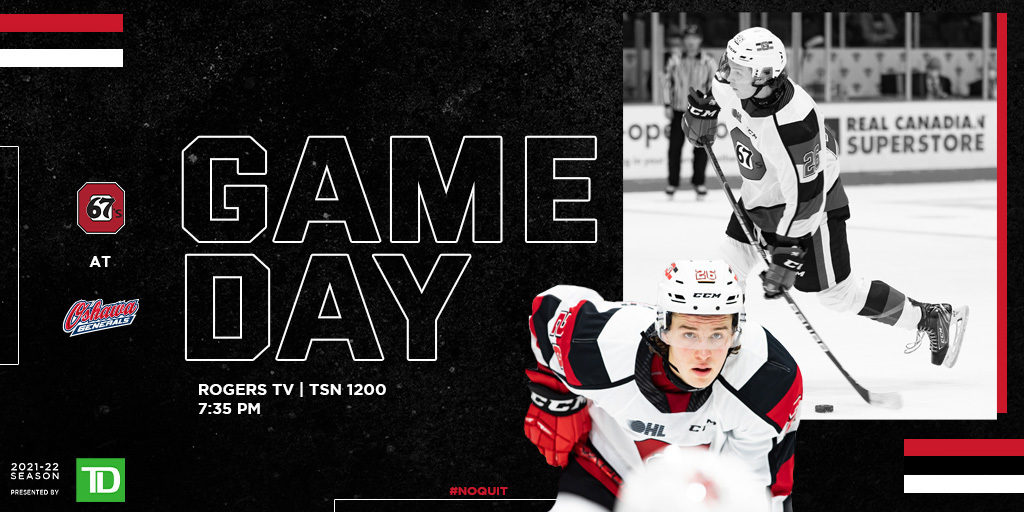 In the midst of a three-game losing streak, the Ottawa 67’s (10-8-1) will seek to get back on track, tonight, when they visit the Oshawa Generals (8-6-3). Puck drop is set for 7:35pm EST, and Barber Poles fans can catch all the action with a CHL TV subscription. Kenny Walls has the call on TSN1200.

Ottawa was last in action on Sunday at home, dropping a 9-3 decision to the Peterborough Petes. Goals came courtesy of Brady Stonehouse, Brenden Sirizzotti, and Jack Matier.

The Generals earned a 4-3 overtime victory over the Kingston Frontenacs, Sunday. Matthew Buckley, Nikita Parfenyuk, and Brett Harrison scored in regulation, before Ty Tullio potted the winner in the extra frame. In goal, Patrick Leaver turned aside 31 shots for the win.

There have been four meetings between the Gens and the Barber Poles this season, with Ottawa taking three of them to this point. Most recently, the 67’s defeated Oshawa 7-5 in enemy territory, on November 14. Vsevolod Gaidamak and Adam Varga each scored twice, with Cam Tolnai, Vinzenz Rohrer, and Dylan Robinson also hearing their names called.