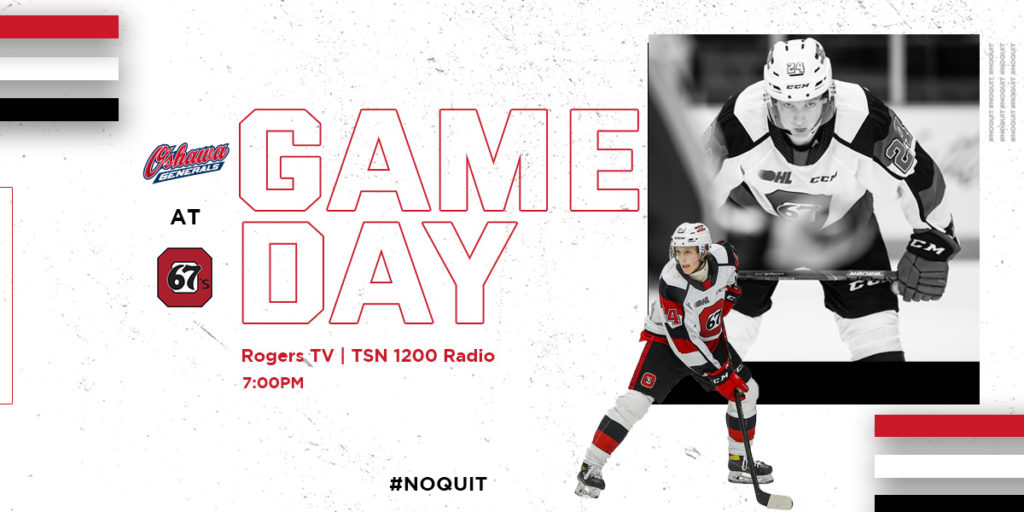 It’s fair to say, at this point, that the Ottawa 67’s have bounced back from their season-opening loss in Kingston. Ottawa followed up their opening game with a 3-2 victory over the Frontenacs at home, Sunday, and capped off their weekend with a 7-3 win over the Oshawa Generals, Monday.

Tonight, those same Generals return to The Arena at TD Place, for a 7:00pm EDT puck drop. Barber Poles fans can catch this one on Rogers TV, or with a CHL TV subscription. Kenny Walls will have the call on TSN Radio 1200.

Despite falling into a 2-1 hole early on Monday, the 67’s roared back into the game for a 7-3 victory. Defenceman Jack Matier, fresh off of signing his entry-level contract with the Nashville Predators, led the way with five points, including his first two OHL goals. Jack Beck added two goals of his own, while Vinzenz Rohrer and Anthony Costantini each scored the first of their respective OHL careers, before Vsevolod Gaidamak potted an insurance marker. In goal, first-year netminder Collin MacKenzie made 28 saves, en route to his first OHL win.

With the loss, Oshawa fell to 0-2-1. They were bolstered by goals from Calum Ritchie, Luke Torrance, and Ryan Stepien. 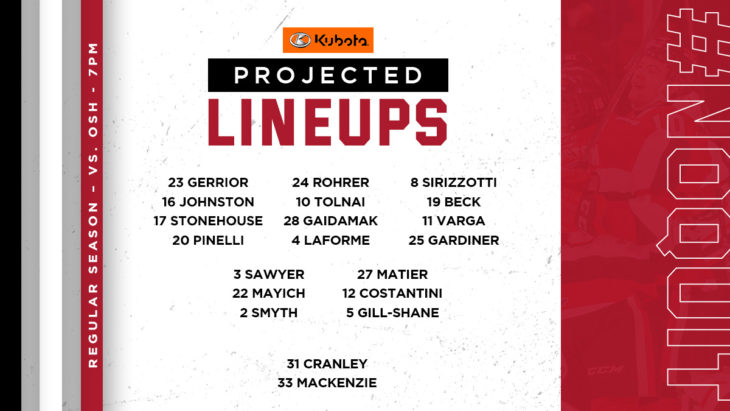