67’s look to finish strong before the holidays 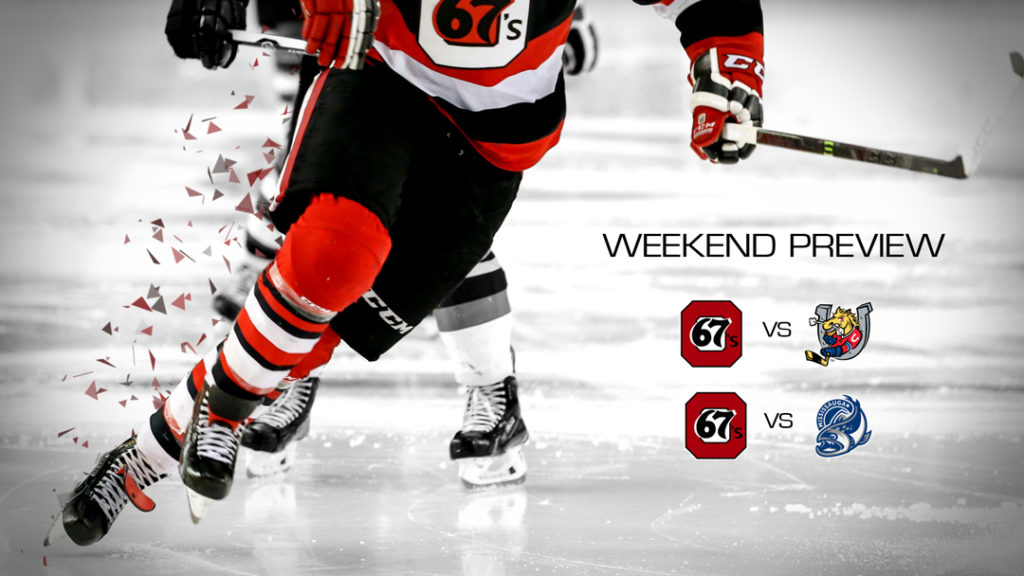 With two road games remaining before the Christmas break, the Ottawa 67’s will be looking to carry over the momentum from their 3-2 win in North Bay Thursday night to finish the first half of the season on a strong note.

Inspired by another outstanding performance from goalie Olivier Lafreniere, the Barber Poles opened their three-game road trip grabbing an important two points against the Battalion. Ottawa will now look to extend its winning streak against Barrie and Mississauga over the weekend.

For Associate Coach Mike Eastwood, it’s all about the next game and trying to maintain a certain consistency with his young group.

“Consistency is something we talk about every day,” said Eastwood. “Practice habits and preparation for games. We are a young team and we are learning as we go. It’s not untypical for young teams or for hockey players in general to search for that consistency at every level. With two games left before the Christmas break, we want to keep going in the right direction.”

A few 67’s players have been hot lately and they will be looking to continue their streak. Artur Tyanulin is on a six-game point streak (three goals, five assists), while Tye Felhaber picked up five points in his last five games (three goals, two assists).

Felhaber attributes his recent success to his linemates – Patrick White and Tyanulin – with whom he has developed good chemistry.

“I found some gel with my linemates lately and things have been going well,” said Felhaber. “They are doing well for me and in general all the guys are helping me. It is a real comfortable environment here and I really enjoy it.”

The 18-year-old Pembroke, ON native – who registered 12 points in 15 games since being acquired by the 67’s – expects two tough challenges this weekend.

“Barrie have a young team, but they are very good,” said Felhaber. “They have a lot of energy and they are hard to play against. Then, you have Mississauga who are just rolling right now with their big guns up front. We have a hard weekend coming up but if we focus on the little things we will be successful.”

Saturday will mark the third meeting between Ottawa and Barrie this season. Both teams picked up a road win this season. The 67’s won the last game 7-3 at the Barrie Molson Centre on November 19th. Similar story for Sunday, as Ottawa and Mississauga will meet for a third time this season and once again each team picked up a win, at home this time.

After wrapping up their three-game road trip this weekend, the 67’s will enjoy an 11-day Christmas break, before getting back to action on December 29th in Peterborough.