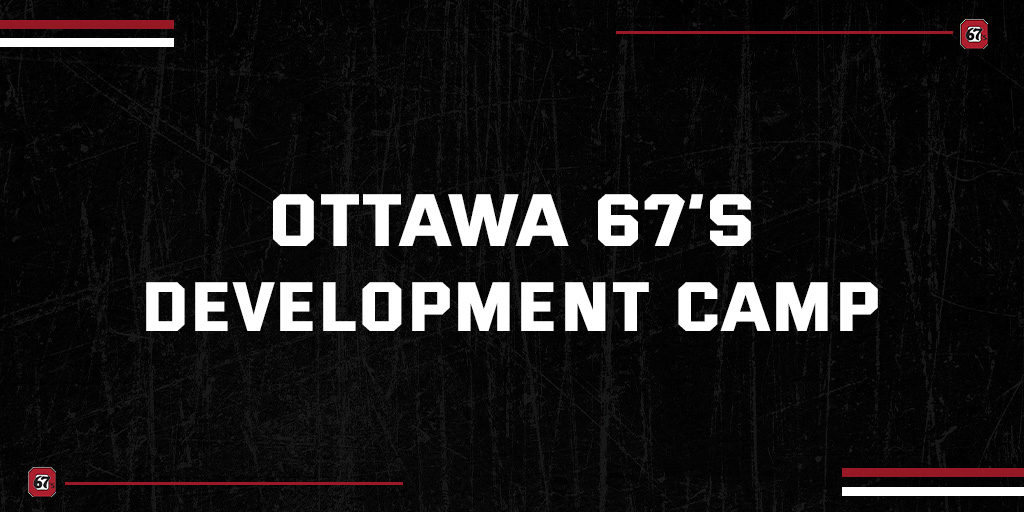 With the 2022 OHL Priority Selection, and U18 Draft now out of the way, the Ottawa 67’s kick off this year’s development camp, Friday.

The Barber Poles will get a look at their young guns, including those who were drafted in recent weeks, as part of a two-day event that will be capped off by the annual Top Prospects Game, Saturday afternoon.

31 players — both 67’s draftees and free agents — will arrive at TD Place on Friday. The players will undergo fitness testing on Day 1, before getting together for a special dinner; connecting with teammates, 67’s alumni, coaches, and support staff. Those who were drafted this year will also receive their first 67’s jerseys.

On Day 2, the players will participate in skill, and media sessions, before finally taking to the ice for the Top Prospects Game at 2:30pm ET. They will be split into two teams — Team Boynton and Team Shaw — to compete in an exciting game, and showcase their skills. Barber Poles fans can watch live on the Ottawa 67’s Twitch Channel.

Be sure to follow the 67’s social media channels, as well as Ottawa67s.com to stay up to date on all the news from Development Camp 2022!